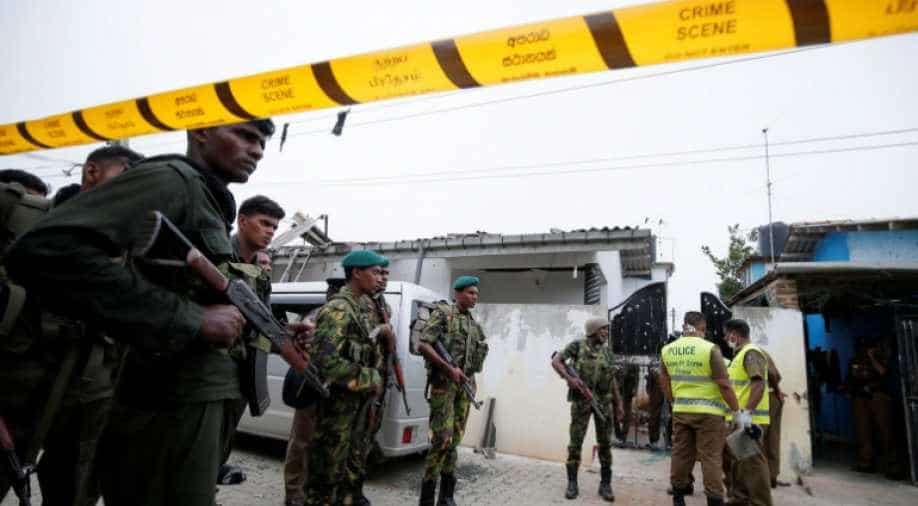 File photo: Security personnel are seen at the site of an overnight gun battle, between troops and suspected Islamist militants, on the east coast of Sri Lanka. Photograph:( Reuters )

Some temporarily blocked apps include Facebook Messenger and Whatsapp.

Several dozen people threw stones at mosques and Muslim-owned stores and a man was beaten in the town of Chilaw on the west coast on Sunday in a dispute that started on Facebook, news agency Reuters reported.

Some temporarily blocked apps include Facebook Messenger and Whatsapp.

Following the incident in Chilaw, a curfew was also imposed in the area which was in effect until 6 am today.

According to the report, tension brewing since Saturday between the Catholics and Muslims in the Christian dominated the town.

On April 21, nine suicide bombers, including a woman, carried out a series of devastating blasts that tore through three churches and three luxury hotels, killing 258 people and injuring over 500 others on the Easter Sunday.

Early this month, several people were injured in clashes between Muslims and Christians in Negombo, a majority Christian town where St. Sebastian's Church was targeted during the Easter attacks.

After clashes in Negombo, Cardinal Ranjith had appealed to Christians and other communities to show restraint.
Sri Lanka has a population of 21 million which is a patchwork of ethnicities and religions, dominated by the Sinhalese Buddhist majority.