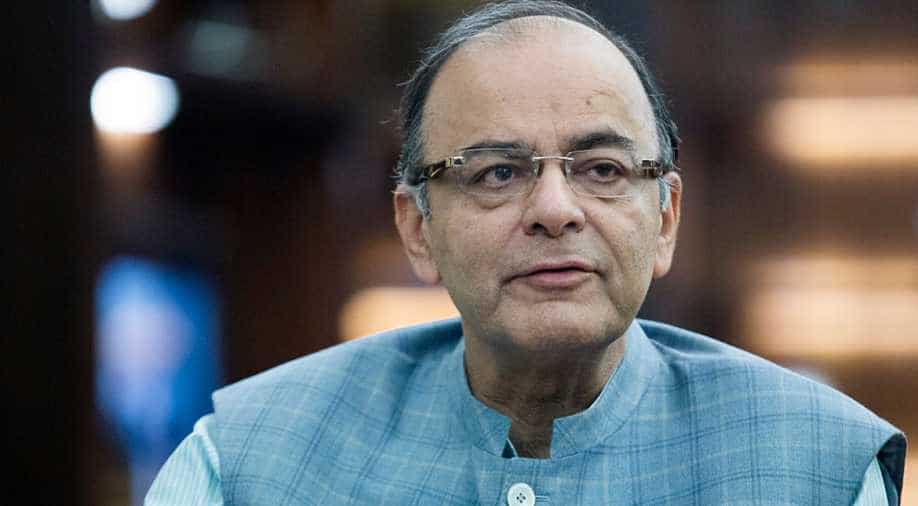 Addressing claims about a GPS chip in the Rs 2,000 note and the possibility of digital lockers, Jaitley (in picture) said these were 'concocted rumours'. Photograph:( Getty )

While addressing a press conference in New Delhi, following a meeting with the heads of three banks, Jaitley said it is a massive operation to replace “86 per cent of currency under circulation” and he is “constantly monitoring” the cash crunch following demonetisation.

“The State Bank of India alone has done 2.28 crore transactions in the last two days after demonetisation of currency,” the finance minister said, adding that the total number of banking transactions in the period would be four to five times the figure, amounting to more than $33 billion (Rs. 2-2.5 lakh crore).

Addressing claims about a GPS chip in the Rs. 2,000 note and the possibility of digital lockers, Jaitley said these were “concocted rumours” and appealed to stagger depositing the defunct currency and not crowd banks.

“4000 RBI bank currency chests have enough currency stocks,” Jaitley assured that the current inconvenience will only be there for the first few days but long-term benefits to the economy will be greater.

“In short term, there will be some disruption cost to the economy; once currency is available the advantages will be far more.” he said.

Jaitley added that no illegal transaction in bullion will be allowed and stock details have been sought from jewellers on reports of dealings in defunct currency.