Sharpen up: Pakistani artist aims for Guinness record with largest swing made from pencils 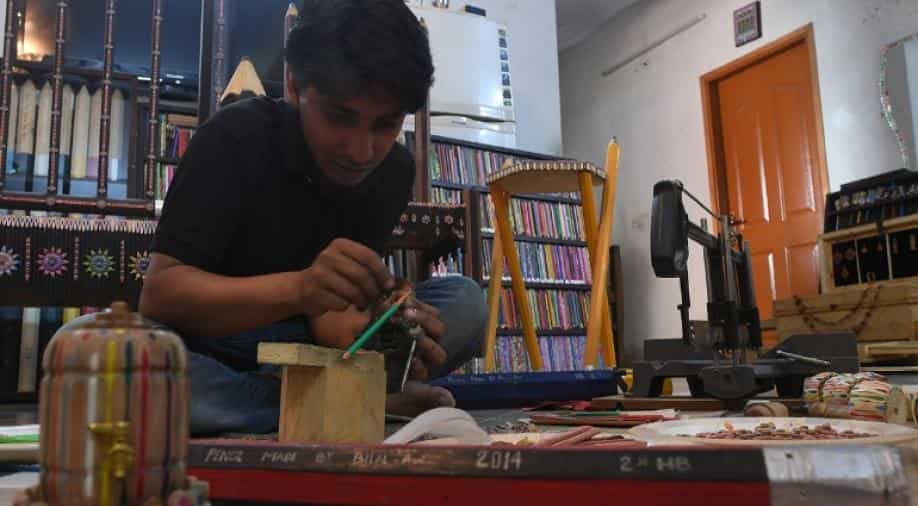 By January, Asif plans to register his work for the Guinness Book of World Records. He has used up to 30,000 pencils in total, cut into more than 100,000 pieces.

With a sharp eye for detail, Bilal Asif carefully labours over his quest for a pointedly unusual world record -- crafting the largest swing ever made from pencils.

Asif combs over his creation inside his studio in the southern megacity of Karachi, fine-tuning details with a razor blade and mulling new decorative additions.

"My main objective was not only to make the pencil swing but I aspired to make it with as much creativity as I could," said the artist.

By January, Asif plans to register his work for the Guinness Book of World Records. He has used up to 30,000 pencils in total, cut into more than 100,000 pieces.

The swing rests on massive posts resembling pencils, while colourful pastel designs give the structure a touch of South Asian flamboyance, drawing striking similarities to the artwork decorating the ubiquitous "jingle trucks" that barrel down roads across Pakistan.

Striving to break world records is the norm in neighbouring India, which holds a suite of peculiar Guinness plaudits including the largest number of people to sing a national anthem in unison.

But Pakistan, which split from India at independence from Britain in 1947 and has viewed it as an archrival ever since, has yet to match its neighbour's enthusiasm for quirky world record glory.

The achievement would cement a goal sketched out since Asif's youth, when he began collecting pencils from all over the world.

"Some people criticise my work but I don't react to them," he said.

He likes to point out that the swing is not just about breaking records, drawing a line between his art and his quest to promote friendship abroad.

"This is not only a world record but this is a message of peace from the whole Pakistan to the other countries through this art," Asif adds. "This is my aim."