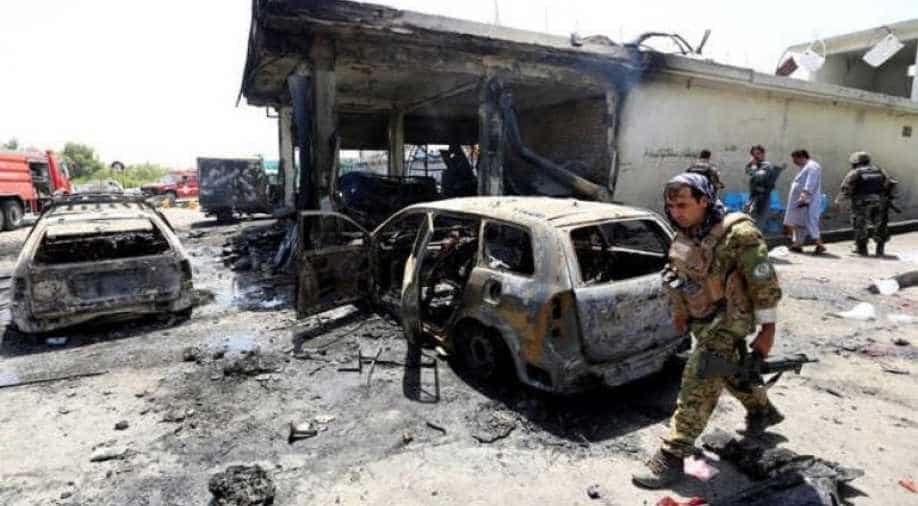 According to the interior ministry spokesman, Tariq Arian, the bombing in Jawzjan province took place when the rickshaw struck the roadside bomb in Mardyan district.

A roadside bombing killed at least six Afghan civilians travelling in a rickshaw in a northern province, an official said on Wednesday.

No one immediately claimed responsibility for the attack.

According to the interior ministry spokesman, Tariq Arian, the bombing in Jawzjan province took place the previous evening when the rickshaw struck the roadside bomb in Mardyan district. One civilian was also wounded in the explosion.

Arian blamed Taliban insurgents for the attack. Afghanistan has seen a recent spike in violence, with most attacks claimed by the local affiliate of the Islamic State group.

In early June, IS claimed responsibility for a bombing at a mosque in Kabul that killed two people, including the prayer leader. Eight worshippers were wounded in that attack.

A week later, another prayer leader and three worshipers were killed in a bomb blast inside another mosque in Kabul. Eight other worshippers were wounded. The Taliban condemned the mosque attacks.

Also, the United States blamed IS for a horrific attack last month on a maternity hospital in the capital that killed 24 people, including two infants and several new mothers.

The Islamic State group, which reviles Shiites as heretics, has declared war on Afghanistan's minority Shiite Muslims, but has also attacked Sunni Muslims and mosques.