Ready to launch strikes against ISIS-K in Afghanistan: UK 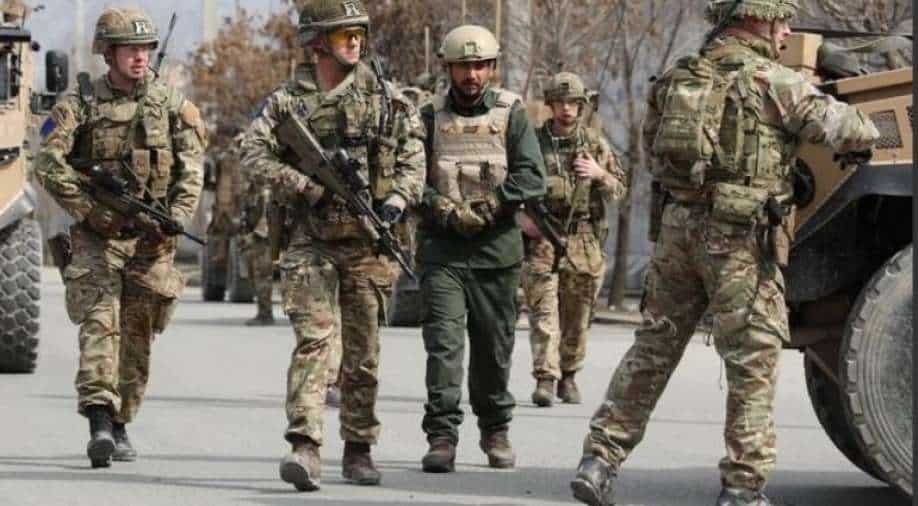 Britain's Chief of the Air Staff, Air Chief Marshal Sir Mike Wigston, told The Daily Telegraph newspaper on Monday that the UK could be involved in strikes against ISIS-K.

The UK has said that it is "ready" to launch strikes at the ISIS-K terror network in Afghanistan after the Pentagon revealed that there are at least 2,000 fighters of the outfit in the war-torn country.

The Islamic State's Afghanistan affiliate, dubbed Islamic State Khorasan or ISIS-K, had claimed responsibility for the deadly twin blasts at the Hamid Karzai International Airport in Kabul in which 169 Afghans and 13 American soldiers were killed on Thursday.

Britain's Chief of the Air Staff, Air Chief Marshal Sir Mike Wigston, told The Daily Telegraph newspaper on Monday that the UK could be involved in strikes against ISIS-K.

He was speaking after the UK and the US troops completed their withdrawal from Afghanistan after the Taliban takeover.

"The UK stands united with our coalition partners in mourning those killed by Daesh's (ISIS) horrific attack at Kabul airport and in our unwavering collective resolve to combat Daesh networks by all means available, wherever they operate.

"If there's an opportunity for us to contribute, I am in no doubt that we will be ready to. That will be anywhere where violent extremism raises its head and is a direct or indirect threat to the UK and our allies. Afghanistan is probably one of the most inaccessible parts of the world, and we're able to operate there," said Wigston.

According to the newspaper, UK government officials have reportedly examined logistics for air strikes, raising questions about where Royal Air Force (RAF) jets would be based, how they would refuel and how targets would be identified on the ground.

"Ultimately, what this boils down to is that we've got to be able to play a global role in the Global Coalition to Defeat Daesh (ISIS), whether it's strikes, or whether it's moving troops or equipment into a particular country, at scale and at speed, " Wigston said.

When UK Foreign Secretary Dominic Raab was on Tuesday asked to reflect on the comments, he said while he would not go into "operational details", the UK retains the right to exercise "self-defence" and that must include "in relation to terrorist groups operating from abroad".

Raab is among the signatories of a joint statement issued by the US-led coalition that previously targeted ISIS in Syria and Iraq, vowing to "draw on all elements of national power - military, intelligence, diplomatic, economic, and law enforcement" to crush the terror group.

The minister said the UK needs to face the "new reality" in Afghanistan and work with other nations to exercise a "moderating influence" on the Taliban and hold it to its pledge of safe passage for those who want to leave.

He said over 5,000 UK nationals were among more than 17,000 people evacuated by the UK from Afghanistan and that UK nationals still there were in the "low hundreds".

Raab also reiterated that the UK government does not recognise some claims that the UK asked for a gate at Kabul airport to be left open to assist its evacuation hours before last week's suicide bombing - despite US military leaders wanting to close it to minimise the risk.

"We did everything we could once we were alerted to the threat before the explosion took place to mitigate the risk," Raab told the BBC.

In a draft resolution adopted on Monday evening under India's presidency, the United Nations Security Council urged the Taliban to let people leave the country, and not to allow it to become a base for terrorism.

The resolution, drafted by the UK and France, was passed with 13 votes in favour and two abstentions -- China and Russia.

The Taliban seized power in Afghanistan on August 15, two weeks before the US' complete troop withdrawal on August 31 after a costly two-decade war. This forced Afghan President Ashraf Ghani to flee the country to the UAE.

The Taliban insurgents stormed across Afghanistan and captured all major cities in a matter of days, as Afghan security forces trained and equipped by the US and its allies melted away.

Thousands of Afghan nationals and foreigners have fled the country to escape the new Taliban regime and to seek asylum in different nations, including the US and many European nations, resulting in total chaos and deaths.