Readiness to pay tax should be new normal in India: Arun Jaitley 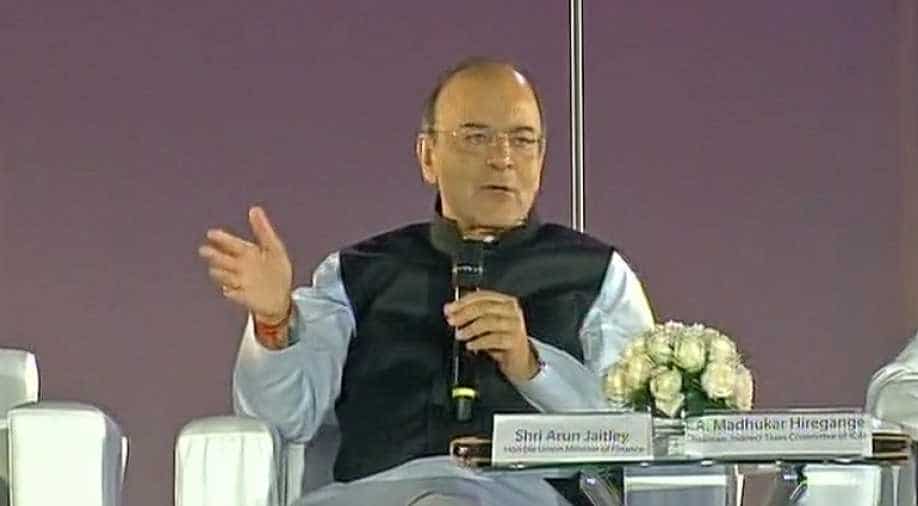 Arun Jaitley was addressing the institute of Chartered Accountants of India. Photograph:( Twitter )

Finance Minister Arun Jaitley said India needed to evolve a mindset where paying taxes was the "new normal" in order to move from a developing nation to a developed one.

"During the time of demonetisation I have said that India now needs to define the new normal. And the normal is whatever taxes I have to pay, I need to pay," the finance minister said while addressing the "Chartered Accountants Day" organised by The Institute of Chartered Accountants of India.

Remarking that it had "become a norm to evade taxes", Arun Jaitley said the government could not keep lending money from various institutions and has to get money from the citizens in the form of taxes to run the country.

The government on rolled-out the milestone Goods and Services Tax (GST) across the country on Saturday, in what is being viewed as the biggest indirect tax reform in the country.

Arun Jaitley said it is time that India move from a developing to a developed economy and pointed out that there had been a tendency to evade taxes for decades.

He was referring to the protests after the 1 per cent levy on gold which was subsequently withdrawn. The same set of people welcomed GST Council's decision to tax gold at 3 per cent.

He said the current tax base was very low, where of the 130 crore population, only 78 lakh people showed income above Rs 5 lakh, of which 61 lakh are salaried people.

A total 80 lakh people - less than 1 per cent of the total population - were registered in indirect taxation under the three important categories - Service Tax, Value Added Tax and Excise Duty, Arun Jaitley said.

"This is the top 1 per cent economic strata of the society, which says they don't know how to operate computer and hence I do not want to pay tax," Arun Jaitley said.

"Please do something for the country - for the defence and development. Our system has been that not paying taxes is not wrong. No section can claim I have not paid taxes, so I will not pay."

"The government which blinks will never be able to bring reforms. We are never scared to do any reform," he said.

The finance minister also said that he was hopeful that Jammu and Kashmir will clear GST soon.