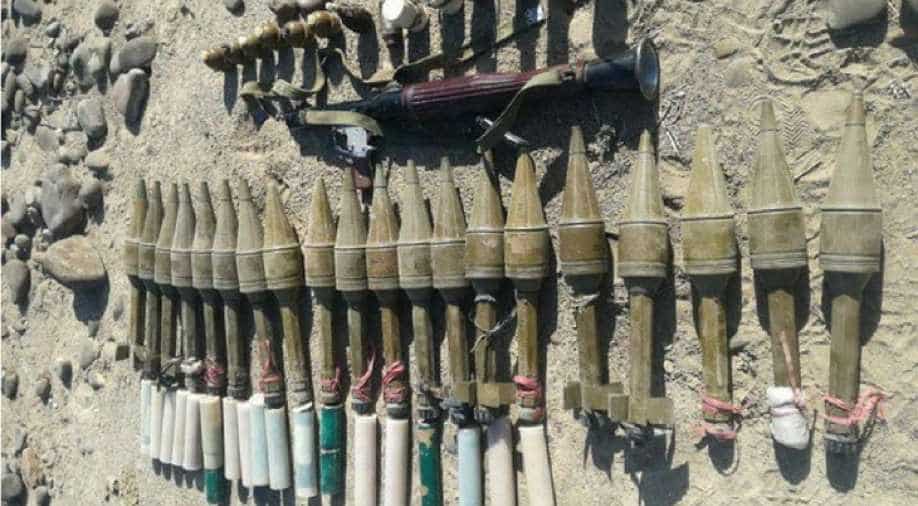 'Weapons and ammunition including grenades, IEDs (improvised explosive devices), rockets and explosives have been recovered,' the ISPR added. Image source - ISPR. Photograph:( Others )

Balochistan's Frontier Corps has arrested 16 suspects, including eight illegal Afghan refugees, during heavy raids carried out in parts of the Pakistan province on Saturday.

The large-scale raids were conducted following a suicide bomb attack near the area in Quetta which took lives of seven people.

"Weapons and ammunition including grenades, IEDs (improvised explosive devices), rockets and explosives have been recovered," the ISPR added.

On Tuesday, seven people, amongst which were five Balochistan Constabulary personnel, were killed and 16 others were left injured when a suspected suicide bomb rocked Quetta's Zarghoon road near the Balochistan Assembly building.

The attack took place in the city's busy intersection of GPO Chowk, located in a high-security zone.

The suicide attack was later claimed by the Tehreek-e-Taliban Pakistan.