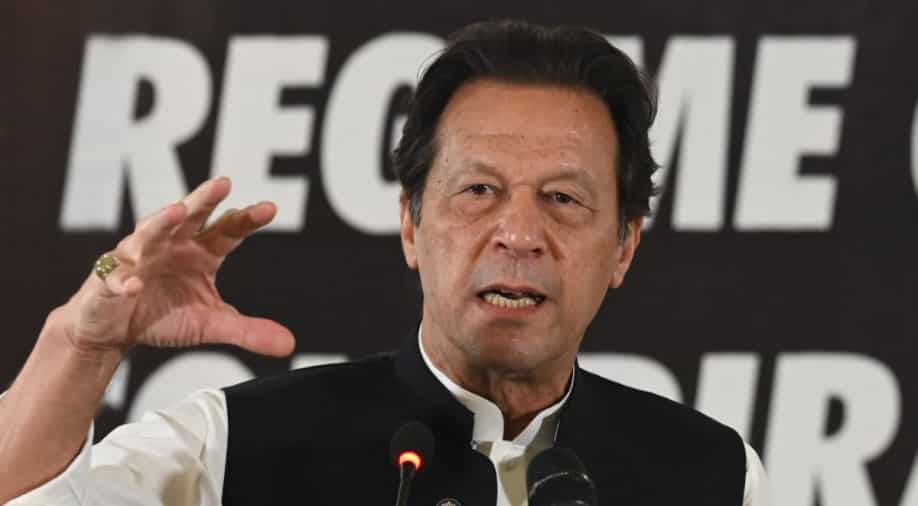 Terming the act heinous and unfortunate, PTI leader Shehbaz Gill claimed that an employee who cleans the former prime minister's room was paid to install the spy device

Pakistan's ARY News has reported that a spying attempt on former Pakistan prime minister Imran Khan has been foiled.

Terming the act heinous and unfortunate, PTI leader Shehbaz Gill claimed that an employee who cleans the former prime minister's room was paid to install the spy device.

After another employee saw the accused trying to plant the device, the attempt was foiled as the security team at the Bani Gala area was promptly informed and the accused was handed over to the federal police.

The report quoted Gill as saying that “Our people are being threatened to get information. Such shameful acts should be avoided.”

After he was ousted from power following the loss of a trust vote in April this year, Imran Khan has alleged that his life is in danger.

Adding that the murder plot was being hatched in closed rooms inside and outside Pakistan, Khan has also allegedly recorded a video naming all those who were involved in the conspiracy to kill him.

Previously, news agency ANI had reported that if anything happens to the Pakistan Tehreek-e-Insaf (PTI) chief, the act will be treated as an attack on Pakistan, according to Hassaan Niazi, nephew of Imran Khan.

"Anything happens to our leader Imran Khan, will be treated as attack on Pakistan. Response will aggressive - the Handlers will also regret," the agency quoted him as saying.

Over his refusal to "sell the country", a conspiracy developed to assassinate Khan according to Pakistan Tehreek-e-Insaf leader Faisal Vawda.