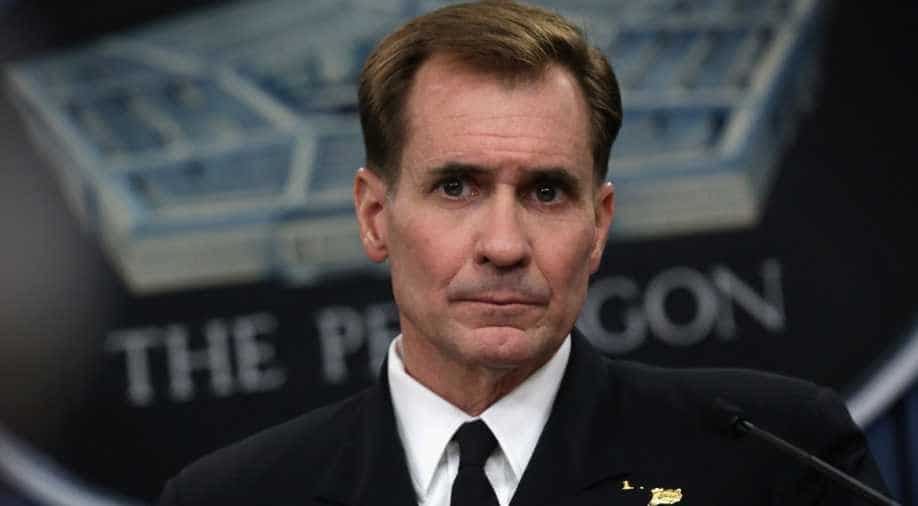 An attack in Kabul claimed by Islamic State killed 12 US troops on Thursday and wounded 15 others, a top US general said, adding US forces were prepared for more attacks even as the evacuation continued

Pentagon has said that the threat persists after ISIS-K claimed responsibility for the deadly double attack at Kabul airport.

An attack in Kabul claimed by Islamic State killed 12 US troops on Thursday and wounded 15 others, a top US general said, adding US forces were prepared for more attacks even as the evacuation continued.

At least two explosions tore through crowds that have thronged the Kabul airport gates desperate to leave Afghanistan since the Taliban seized power almost two weeks ago ahead of President Joe Biden's August 31 deadline to pull out US troops.

In a statement, Islamic State claimed responsibility and said one of its suicide bombers had targeted "translators and collaborators with the American army."

US General Frank McKenzie, head of US Central Command, told reporters in a briefing that the threat from Islamic State persisted alongside "other active threat streams."

"Given the success of the ISIS bombers today, you can expect more attempts between now and such time as the Americans depart the airport area for good," said Richard Fontaine, the Chief Executive Officer for the Washington think-tank the Center for a New American Security.

A massive airlift of foreign nationals and their families as well as some Afghans has been under way since the day before Taliban forces captured Kabul on Aug. 15, capping a swift advance across the country as U.S. and allied troops withdrew.

The United States has been racing to carry out the airlift before its military is set to fully withdraw from the country by Aug. 31. There was no indication from the White House that Biden plans to change the Aug. 31 withdrawal target as a result of the attacks, a source familiar with the situation told Reuters.

McKenzie said the evacuation mission was not going to stop.

"I think we can continue to conduct our mission, even while we are receiving attacks like this," he said, adding that U.S. forces would "go after" the perpetrators of Thursday's attack.

A Taliban official said at least 13 people including children had been killed and 52 were wounded, though it was clear from video footage that the final toll would be higher.

US officials have said there are about 5,200 American troops providing security at Kabul's Hamid Karzai International Airport. The attacks came after the United States and allies urged Afghans to leave the area around the airport because of a threat by Islamic State militants.

The US military death toll in the Afghanistan war since 2001 stood at roughly 2,500.

In an alert issued on Wednesday, the US Embassy in Kabul had advised citizens to avoid traveling to the airport and said those already at the gates should leave immediately, citing unspecified "security threats."

Islamic State is opposed by the United States and the Taliban.

Biden was in a meeting with security officials about the situation in Afghanistan, when the explosions were reported, according to a person familiar with the matter.

A Western diplomat in Kabul said that areas outside the airport gates had been "incredibly crowded" again despite the latest warnings.

The United States and its allies have mounted one of the biggest air evacuations in history, bringing out about 95,700 people, including 13,400 on Wednesday, the White House said on Thursday.