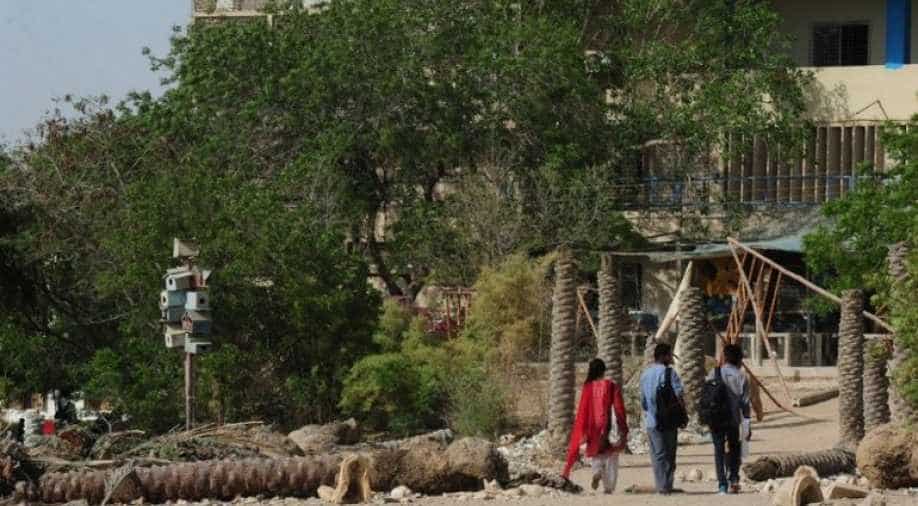 Naureen and her father have approached Sindh High Court filing a joint constitutional petition against the University of Sindh, praying that according to article K-25 of Constitution, the University management could not deny her right of education.

The University of Sindh in Pakistan has cancelled the admission of a 22-year-old woman student, who received weapons training from the ISIS in Syria and was part of a failed plot to carry out a suicide attack on a church in Lahore.

Naureen Leghari, a second-year student of the Liaquat University of Medical and Health Sciences (LUMHS) in Jamshoro, Sindh, went missing in February 2017 from his native town of Hussainabad, a suburb of Hyderabad. She was arrested after two months from Lahore following an encounter in which her associate Ali was killed by security forces.

Her father Dr Abdul Jabbar Leghari is working at the University as a professor in Dr MA Kazi Institute of Chemistry.

Naureen and her father have approached Sindh High Court filing a joint constitutional petition against the University of Sindh, praying that according to article K-25 of Constitution, the University management could not deny her right of education.

Vice Chancellor Fateh Burfat told the media that University management is verifying the facts that why Naureen was expelled from LUMHS and after getting verification from law enforcement agencies, it will decide about her.

University Spokesman Nadir Ali Mugheri said that she concealed facts about the cancellation of her previous admission while applying at Sindh University.

"When the administration of the University came to know about the facts regarding the annulment of her admission at LUMHS, it cancelled her admission," he said.

Naureen at the time of her arrest had confessed to her involvement in terrorist activities.

In a confessional statement which was played during a press conference by Pakistan's Military spokesman Maj Gen Asif Ghafoor here, Naureen said that she was to be used by the Islamic State as a suicide bomber on an attack to be conducted on a church on Easter Sunday.

She said they were given two suicide jackets, four grenade and some bullets by the ISIS to carry out the mission. However, their mission was foiled by the security forces who killed one militant and arrested two others, including Naureen.