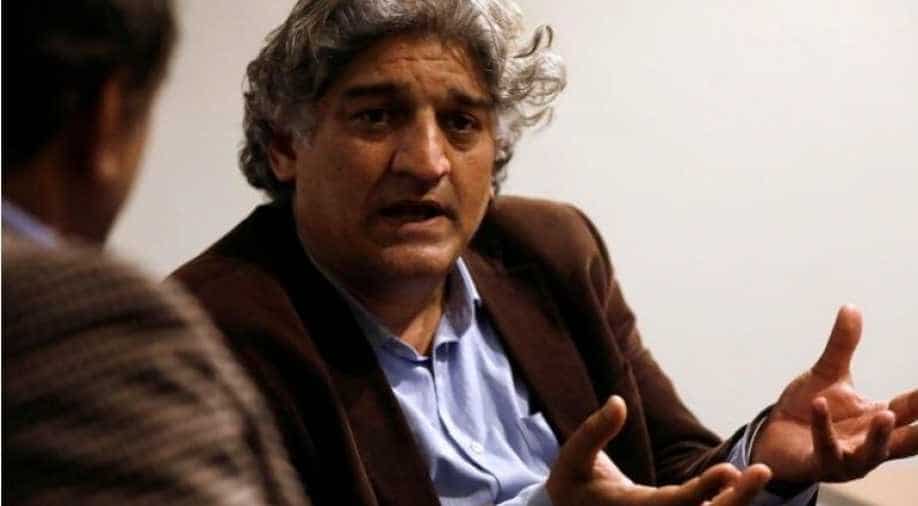 File photo: Matiullah Jan, a journalist and columnist, gestures during an interview with Reuters at his office in Islamabad, Pakistan March 13, 2019. Photograph:( Reuters )

The military’s public relations wing did not respond to a request for comment on Jan’s reported abduction.

A Pakistani journalist, who has been a vocal critic of the powerful military and government, was released late Tuesday hours after the government confirmed he had been abducted, his family said.

“My husband was abducted this morning outside the school (in the capital Islamabad) where I work,” Kaneez Sughra, the wife of 51-year-old Matiullah Jan, told Reuters.

She said school security camera footage showed Jan, who had arrived to collect his wife from work, had been bundled into a car after being cornered by five vehicles - three of them unmarked, one with police markings and the other an ambulance.

“Thank God, he’s back,” Sughra said. He was left at the capital’s outskirts after around 12 hours’ captivity.

The military’s public relations wing did not respond to a request for comment on Jan’s reported abduction.

“It is clear that he has been abducted,” Information Minister Shibli Faraz said, adding that the government would put in all efforts to trace him and identify who could be behind the kidnapping.

The Committee to Protect Journalists (CPJ) demanding Jan’s release said he was among the journalists the army accused of sharing anti-state remarks on social media in 2018.

Jan - one of thousands of journalists and media workers who were laid off during a security crackdown in the run-up to the 2018 general election - told Reuters last year he was forced out of his job after criticising army generals’ interference in politics, a charge the military denies.

Some journalists and bloggers critical of the military — including commentator Gul Bukhari who was abducted and set free in a similar fashion — that were rounded up in 2018 blamed the army’s intelligence arm, the Inter Services Intelligence (ISI), for their detention. Pakistan’s army has denied any involvement in Bukhari’s abduction.

Bukhari and Jan both come from military families.

Jan was facing a contempt of court case for a Twitter post critical of Supreme Court judges, and he was due to appear in court on Wednesday.

“My husband had told me that he could be arrested in the case, but we never expected a kidnapping,” Sughra said.