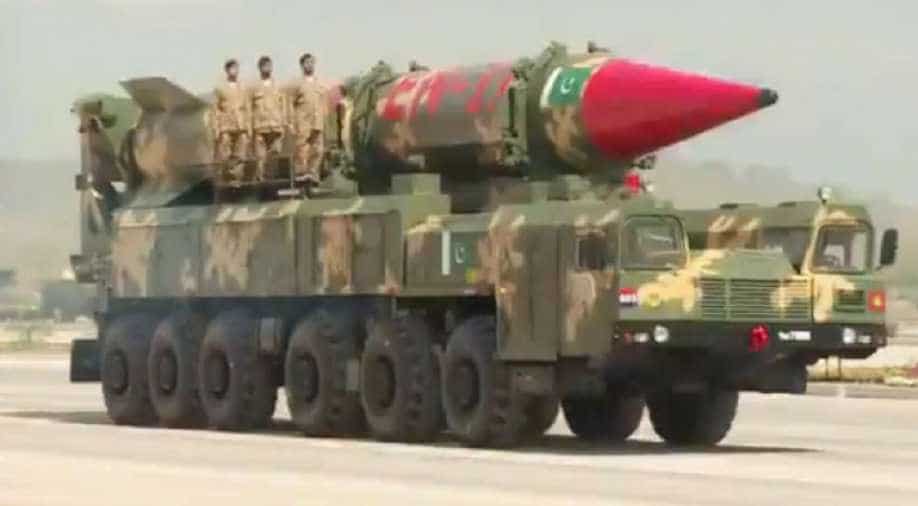 Pakistan&nbspclaimed it was forced to test nuclear weapons two decades ago due to hostile posturing&nbspby India.

Foreign Office spokesman Mohammad Faisal issued a statement on the eve of the 20th anniversary of the May 28, 1998, nuclear tests, while insisting that the testing of atomic bombs by India eliminated chances of a nuclear weapons-free South Asia.

Pakistan was forced to take that decision as a response, in self-defence, to the nuclear tests and accompanying hostile posturing by its neighbour. These developments, unfortunately, put an end to the prospect for keeping South Asia free of nuclear weapons - an objective which Pakistan had actively pursued,&nbsphe said, hinting at India.

India conducted a series of five nuclear bomb test explosions at the Pokhran in May 1998, which was soon followed by Pakistan's tests.

The spokesman said that despite the nuclear testing, Pakistan remained steadfast in its commitment to non-proliferation and global peace and strategic stability and demonstrated utmost restraint and responsibility in the stewardship of its nuclear capability since 1998.

It is committed to the principle of credible minimum deterrence and has persistently sought deterrence stability in the region,&nbsphe said.

Faisal also said that this objective has driven Pakistan to offer and conclude several confidence-building measures (CBMs) in the nuclear and conventional domains, including the 2004 Pakistan-India Joint Statement which recognised the respective nuclear capabilities of the two countries as a factor for stability.

He said that as one of the most affected countries due to the impact of climate change, Pakistan plans to increase its nuclear power generation capacity to 40,000 MW by 2050, as a clean and cost-effective alternative to fossil fuel.

Pakistan has consistently signalled its willingness to consider further measures for risk reduction and avoidance of arms race in the region, according to the spokesman.

He also said that Pakistan was confident of its ability to deny space for any misadventure against the backdrop of rapidly expanding nuclear and conventional forces in its neighbourhood and pursuit of aggressive security doctrines and developing force postures.

The nuclearisation of the Indian Ocean and canesterisation of ballistic missiles in our neighbourhood should be a matter of concern for the international community as well since these developments have extra-regional ramifications,? he said.

He said Pakistan while recognising its responsibilities, had developed over the years a robust command and control system led by the National Command Authority, and effective nuclear safety and security regimes and export controls.

He said Pakistan looked forward to expanding the scope of its international collaboration in nuclear power generation for meeting the legitimate socio-economic development needs of its people.

As a country with advanced nuclear technology, Pakistan seeks to play its role as a mainstream partner in the global non-proliferation regime,&nbsphe said.

He said Pakistan had expressed desire to join the multilateral export control regimes and already applied for participation in the Nuclear Suppliers Group (NSG) based on non-discriminatory criteria applicable in a fair manner to all non-NPT states.