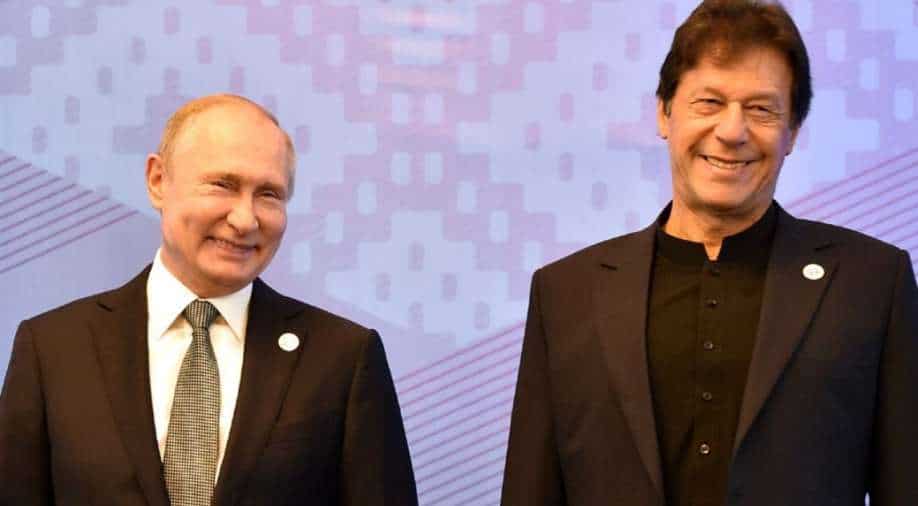 Previously known as North South Gas Pipeline, under the new agreement Pakistan would hold 74 per cent stake in the Pakistan Stream Gas Pipeline project while Russia would have 26 per cent ownership

Pakistan has signed a revised deal with Russia under which a major bilateral gas pipeline project in the country would be renamed with a major shareholding for Islamabad, according to a media report on Thursday.

Previously known as North South Gas Pipeline, under the new agreement Pakistan would hold 74 per cent stake in the Pakistan Stream Gas Pipeline project while Russia would have 26 per cent ownership, The Express Tribune reported.

''In the revised project structure, Pakistan will hold 74 per cent shares whereas Russia will have 26 per cent stake,'' the report, citing details from the meeting of the two sides here from November 16-18.

Pakistan's ties with Russia have moved past the bitter Cold War hostilities and the chill in the US-Pakistan relations has further pushed the country towards Russia and China.

The two sides also agreed, in principle, to execute the project through a special purpose company, which would be incorporated in Pakistan.

Earlier, Russia had to build the pipeline on the build, own, operate and transfer (BOOT) model and transfer its ownership to Pakistan after 25 years.

However, the report did not provide the total cost of the ambitious project, said to be one of the largest to be undertaken by Russia in Pakistan.

Now, in the revised model, Pakistan has money on account of Gas Infrastructure Development Cess (GIDC) and therefore, it would contribute 74 per cent of the capital and Russia will make 26 per cent of the expenditure.

However, Russia will provide all importable material for the pipeline, the report said.

The Russia-Pakistan technical committee held its first meeting from November 16-18, 2020 in Islamabad on mutual cooperation for the development of a gas pipeline project. Energy ministries of the two countries were present in the meeting.

Discussions were aimed at finalising broad contours and parameters of the project involving construction of a high pressure gas transmission pipeline from Port Qasim (Karachi) to Kasur (Punjab) for the transportation of regasified liquefied natural gas (RLNG) in order to meet gas shortage emanating from growing demand from industrial and domestic consumers.

The recent developments came after a decision of the Supreme Court of Pakistan in the matter of GIDC and availability of GIDC funds for project development.

The two countries signed a protocol relating to revised structure of the agreement with different conditions, the report said.