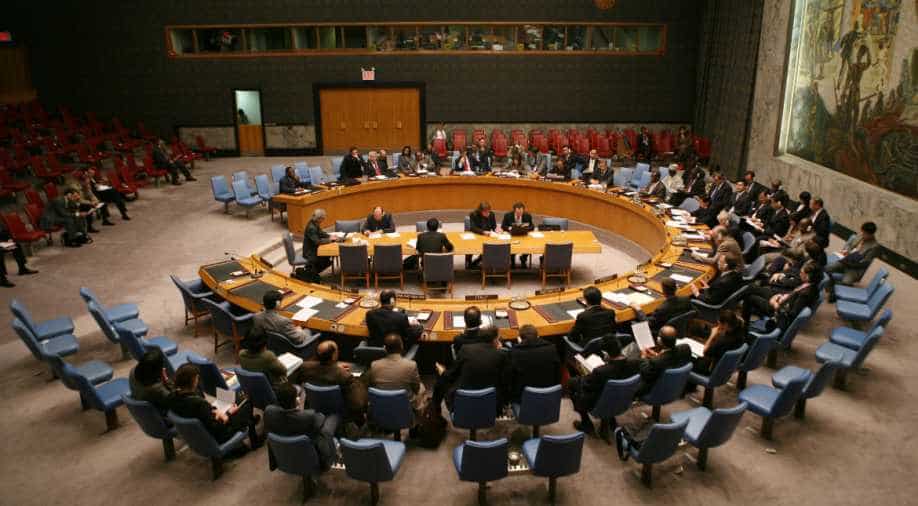 Speaking in the quarterly debate on Afghanistan in the Council, Pakistan's Ambassador said the Afghan peace process was undermined by the US drone attack of May 21. Photograph:( Getty )

Follow Us
Pakistan has raised the issue of the recent US drone strike that killed the Afghan Taliban chief, in the UN Security Council (UNSC), describing it as an "unacceptable and blatant violation of its sovereignty" and of the UN charter and international law.

Speaking in the quarterly debate on Afghanistan in the UNSC, Pakistan's Ambassador Maleeha Lodhi said the Afghan peace process was undermined by the US drone attack of May 21 which killed Afghan Taliban leader Mullah Akhtar Mansour in Balochistan province close to the Afghan border.

This action has dealt "a blow to the Afghan peace process" and added to the intensity and complexity of the Afghan conflict, she added.
While expressing Pakistan's readiness to support a genuine Afghan peace process, Lodhi warned that her country will not tolerate violations of its sovereignty and its territorial integrity, "from whatever source".

"Is it ready to invest in war rather than peace in Afghanistan?" she asked the 15-member UNSC.

Referring to the secretary general's report on Afghanistan, the Pakistani envoy said that this reinforced the firm international consensus that "only by a negotiated political agreement will Afghans achieve sustainable peace".

She said Pakistan agreed to facilitate the first-ever direct peace talks between the Afghan government and the Afghan Taliban in Murree in June 2015.

Depicting these talks as a "promising start", she regretted that days before the second round in which the two sides were to also consider a de-escalation of violence, the talks were scuttled by developments "well known to all".

She argued that for the past 15 years the use of military force has failed to stabilise Afghanistan.

"Continued resort to military means will further destabilise the situation in Afghanistan and the region," she said, adding Pakistan would advice against such a strategy.

Urging the Afghan government and the international coalition to take action against Pakistani Taliban elements, which have sought refuge in Afghanistan, she emphasised that the elimination of these sanctuaries was essential to peace and security.