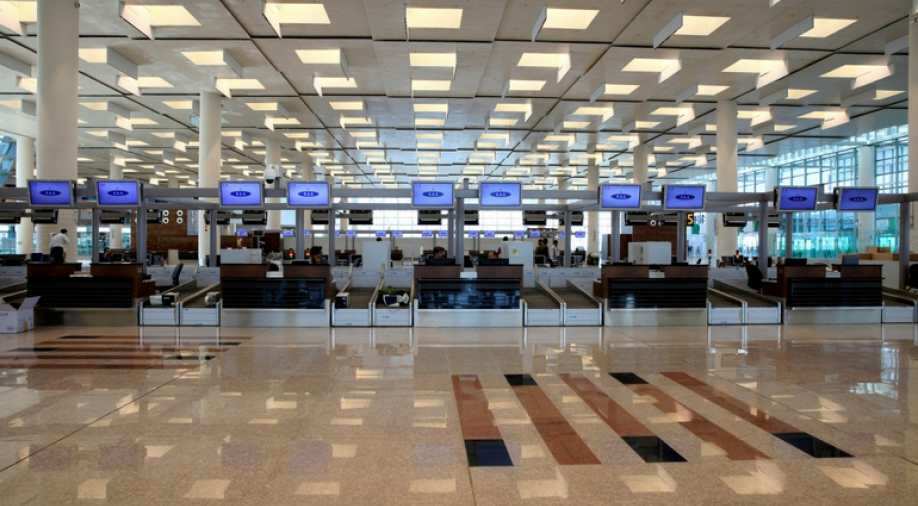 A general view of the check-in area during a media tour of the newly built Islamabad International Airport Terminal. Photograph:( Reuters )

Islamabad International Airport (IIA), which has been inaugurated after years of delay, &nbspis the first greenfield airport of Pakistan which plans to emerge as one of Asia's major aviation hubs.

With a sleek glass-front entrance, spacious check-in areas and jetway bridges for boarding, the Y-shaped airport promise an end to the congestion that has frustrated air travel in the past.

"This airport rightly reflects what has happened in Pakistan in the last five years," said Abbasi.

A Pakistan International Airlines (PIA) flight, PK-300, landed at the airport as part of its inauguration ceremony. A video shared by PIA on its official Twitter account, showed the pilot waving the country’s flag from the cockpit window.

Abbasi's government is spending billions of dollars on upgrading Pakistan's transport infrastructure and ending energy blackouts, with freshly paved motorways as well as dams and power plants popping up across the country.

Abbasi, who has a pilot's license and is a founder of a Pakistani budget airline, said new airports in the cities of Multan, Faisalabad, Quetta and Peshawar were in the final stages.

"Nothing is impossible but this project definitely seemed impossible," quipped Abbasi, in reference to his government inheriting the project in 2013.

The new airport is about 15 km (nine miles) from the capital. Benazir Bhutto airport was in the nearby city of Rawalpindi and attached to a military base.