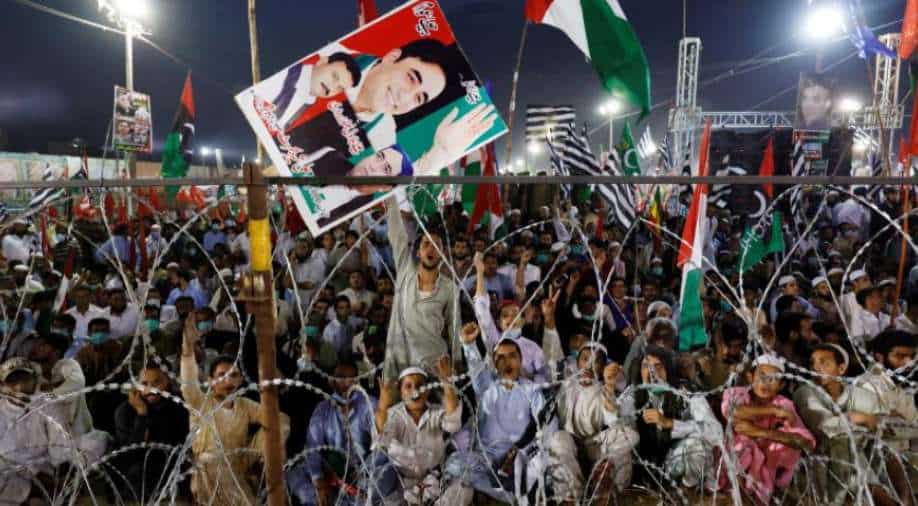 The Opposition alliance has accused that Khan was installed by the military in a rigged election two years ago.

Amid the anti-government movement in the country, Pakistan’s major Opposition parties decided to go ahead with an anti-government rally on Sunday Quetta city as part of a campaign to oust Prime Minister Imran Khan, despite security threats.

Under Khan, Pakistan has experienced mounting censorship of the media and a crackdown on dissent, critics and opposition. But the campaign against him sought to tap into discontent over his handling of the economy, which was tanking even before the global coronavirus pandemic struck.

The Pakistan Democratic Movement (PDM), a coalition of 11 parties, was set up on September 20. The rally in Quetta, the capital of Balochistan province, would be its third power show after two successful back-to-back gatherings in Gujranwala and Karachi this month.

The National Counter Terrorism Authority issued a security alert during the week, warning that it received “credible information” that opposition rallies in Quetta and Peshawar could be targeted by militants.

Balochistan government’s spokesperson Liaquat Ali Shahwani told the media on Friday that due to threat alert, the opposition parties should postpone the rally. Earlier, the provincial government banned pillion riding in Quetta.

However, PDM leaders rejected the call and announced that the Quetta rally would go ahead.

PDM president Maulana Fazlur Rehman, who is also chief of Jamiat Ulema-e-Islam-Fazl (JUI-F), said that the provincial government should pack up and go home if it was unable to maintain law and order.

“It is the responsibility of the Balochistan government to provide complete security to the public meeting in the province,” he said.

“If something happens, the provincial government will be responsible for it,” she said.

Sharif is expected to address the Quetta gathering via video-link from London.

Sharif has been in London since November last year after the Lahore High Court granted him permission to go abroad for four weeks for treating the heart disease and an immune system disorder.

The Pakistan military has repeatedly denied meddling in politics. Khan also denies the army helped him win the election.