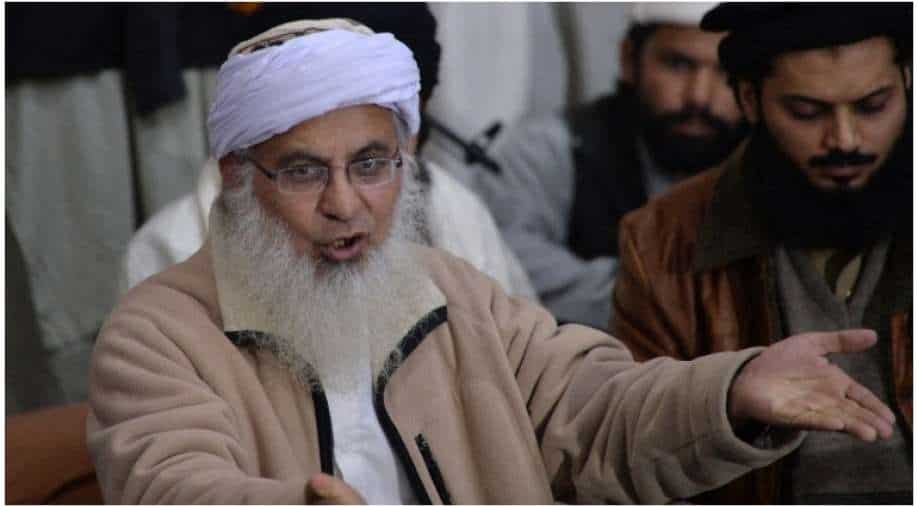 When Pakistani police came to remove the flags, the cleric and his students opposed them

A case was registered against infamous Islamic cleric Maulana Abdul Aziz in Islamabad on Sunday after Afghan Taliban flags were found hoisted on his seminary, reported Dawn. Cases were registered against his collaborators as well as students of the seminary. All of these individuals including Aziz were booked under laws that dealt with terrorism.

Maulana Aziz is the administrator of thes seminary. When police came to respond to the situation, Aziz reportedly threatened them with consequences and took name of the Taliban. The police later tweeted that the flags were removed.

This is not the first time Taliban flags have been hoisted on the seminary. After August 21, there have been three such instances.

A they took action againsy the act of hoisting Taliban flags, an anti-riot unit accompanied the police contingent. As per the report in Dawn, students of the seminary came out and even climbed the roof as they attempted to taunt the policemen. However, there was no physical altercation. Maulana Aziz and few of his students brandished weapons.

After negotiations with Maulana Aziz, it was agreed that the Taliban flags would be removed.

Police officials have been mentioned as saying that as Taiban flags were hoisted, it spread terror among the local residents.