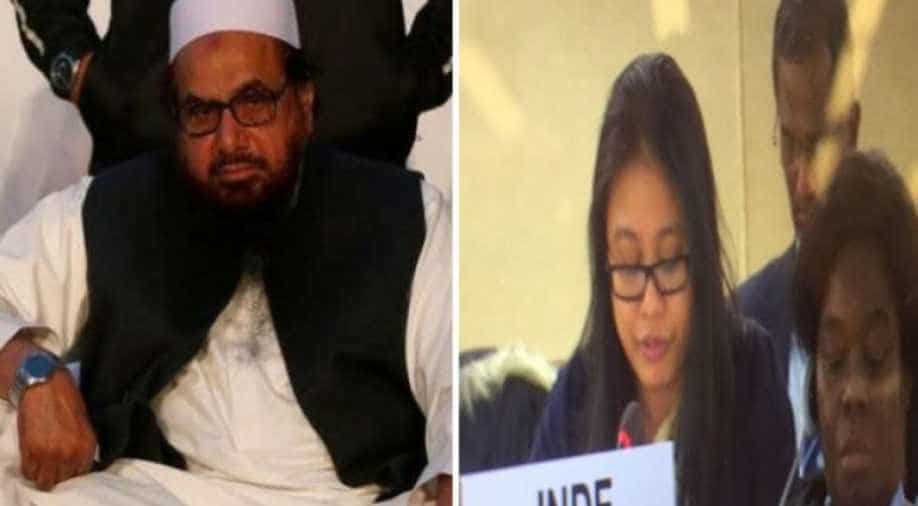 Calling Pakistan a failed state, Kumam said, "In gross violation of UN Security Council resolution 1267, the UN designated terrorists like Hafiz Mohammed Saeed are freely operating with State support, and the UN designated entities are being politically mainstreamed in Pakistan."

She also highlighted the depressing state of minorities in the country, enforced disappearances and unlawful killing of political dissidents by Pakistan security forces.

She said "We urge the Council to call on Pakistan to stop targeting political dissidents and legitimate criticism in Sindh, Baluchistan and Khyber Pakhtunkhwa and to stop torture, enforced disappearances and unlawful killing, including that of journalists and activists by its security agencies. Pakistan should also prosecute all perpetrators of such crimes".

She also took on Pakistan for its continued support to cross-border terrorism in India.

"We await credible action by the Government of Pakistan to bring all those involved in the 2008 Mumbai attacks and the 2016 Pathankot and Uri attacks to justice," she said.

The World does not need lessons on democracy and human rights from a country whose own situation is charitably described as a failed state".