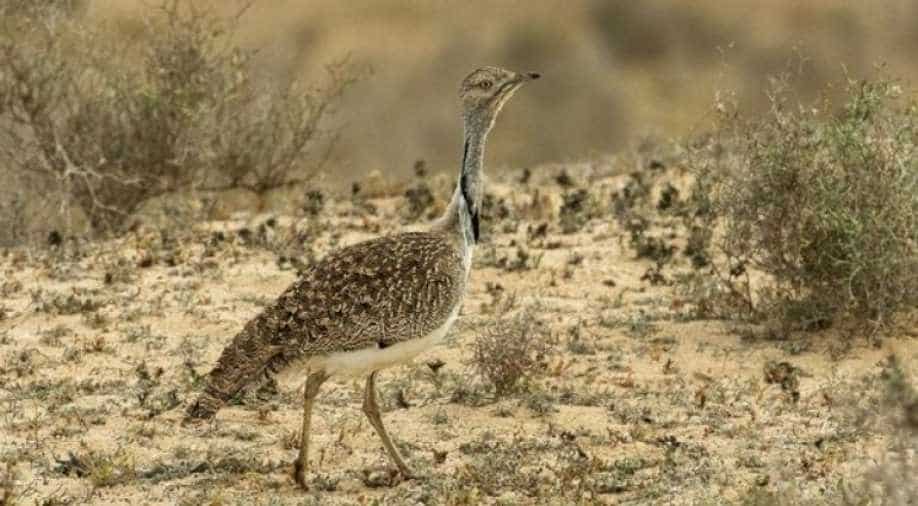 The permit holders include the Qatari Emir, his uncle, brother and seven other royal dignitaries of the Gulf nation

The allotted hunting areas are spread over Sindh, Balochistan and Punjab provinces of the country. The permit, which is person-specific, allows huntsmen to kill 100 Houbara Bustards in a 10-day safari during the three-month hunting season between November 1, 2019, and January 31, 2020, Dawn reported.

The permit holders include the Qatari Emir, his uncle, brother and seven other royal dignitaries of the Gulf nation.

The decision has been met with severe criticism in the country.

Originally the inhabitant of the colder central Asian region, the Houbara Bustard, in order to avoid harsh weather conditions in its habitat, migrates southwards to spend the winter in a relatively warm environment here every year.

Keeping in view its dwindling population, the migratory bird is not only protected under various international nature conservation treaties but its hunting is also banned under local wildlife protection laws. Pakistanis themselves are not allowed to hunt this bird.

It is evident that Pakistan has used the hunting permit as a foreign policy card to influence dignitaries from oil-rich Gulf nations.

Sources divulged that earlier when the ruling Tehreek-i-Insaf party was in the opposition, it used to criticise the federal government over this issue and condemned the hunting of the endangered birds in Khyber Pakhtunkhwa, where the party was a part of the provincial government.