Pakistan government to save Rs 450 crore by abolishing Haj subsidy to pilgrims: Minister 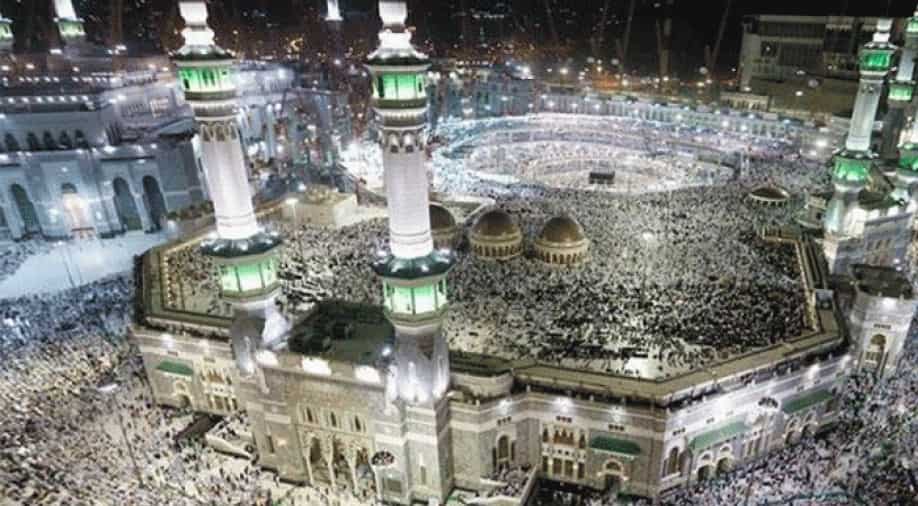 The decision to abolish the Haj subsidy was taken during a federal cabinet meeting chaired by Prime Minister Imran Khan in Islamabad recently, sparking a debate whether Islam allows a subsidised Haj or not.

The Pakistan government's decision to abolish the Haj subsidy will save Rs 450 crore to national exchequer, the country's Religious Affairs and Interfaith Harmony Minister Noorul Haq Qadri has said.

The decision to abolish the Haj subsidy was taken during a federal cabinet meeting chaired by Prime Minister Imran Khan in Islamabad recently, sparking a debate whether Islam allows a subsidised Haj or not.

"The previous (PML-N) government was paying Rs 42,000 subsidy on each pilgrim which put an additional burden of Rs 450 crore on national exchequer. Keeping the current financial situation of the country, the Federal Cabinet has decided to withdraw this subsidy," Qadri was quoted as saying by The News on Tuesday.

This year 184,000 Pakistanis will perform Haj out of which 107,000 will go on government quota whereas the remaining will perform the pilgrimage on private quota, the minister said.

"The government has withdrawn Rs 450 crore financial assistance which it was paying as subsidy for the pilgrims. Major chunk of Haj's inflated price is due to rupee devaluation and Value Added Tax (VAT) imposed by the Saudi government," he said.

"Pakistan's Haj expenditure are still the lowest in the region if you count it in US dollar as India, Bangladesh, Malaysia and Indonesia are charging more in term of US dollars. My ministry had proposed that the subsidy should not be abolished but the Federal Cabinet decided against it," the minister said.

Last week, the federal government increased Haj prices up to 60 per cent putting an additional burden of up to Rs 156,000 on each pilgrim.

The Haj pilgrimage is one of the five pillars of Islam and is required of all able-bodied Muslims once in their lifetime if they are healthy enough and have the means to do so.