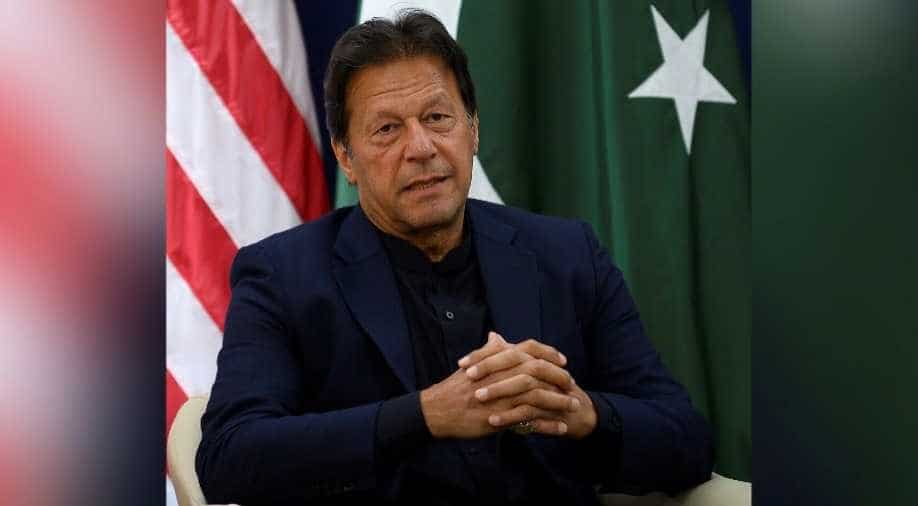 Several COVID positive cases in Pakistan have crossed 3750 with over 50 deaths even as reports have emerged over the difference in opinion between Pak Federal and Provincial admin concerning lockdown.

Even as the Indian army in a major anti-infiltration operation neutralised 5 terrorists over the weekend, former top Indian army brass has said that Pakistan is trying to divert attention domestically due to COVID crisis as it continues to use terror as a policy.

Lt Gen BS Jaswal former Army Cdr Northern Command said, "They also have the intention, which is part of the DNA, instrument of state policy to undermine India in whatever manner it can and as such is trying to infiltrate people. We have had encounters in the last couple of day, maybe an intention, to infiltrate people who carry coronavirus into our country."

Explaining, "Within Pakistan also, if you see the kind of people who are being infused into POK, they are the ones, who are within the spectrum of the pandemic, so Pakistan is not behaving very rationally. The advantage which Pakistan is trying to take is, cry baby, cry wolf to the world, we are country of a small economy, the pandemic has hit us, give us. In the same breath, I would like to say, it is high time Pakistan should follow, the Indian model to deal with the pandemic"

Over the weekend, Four soldiers under the command of a Junior Commissioned Officer from one of the most professional Para SF Units were airdropped near the LoC after information on the infiltrators was received. An intense hand to hand battle ensued and all five terrorists were eliminated. In the battle, however, Army lost five of its soldiers, three on the site and two more succumbed while they were airlifted to a nearby military hospital.

Lt Gen Vinod Bhatia, retd Director CENJOWS and former (DGMO) Director General of Military Operations highlighting the how India and Pakistan dealing with the COVID crisis said, "The world is combating COVID, India has played a major role while our neighbour Pakistan has continued the policy of terrorism, the policy of infiltrating terrorist into our territories, to perpetuate terrorism."

Adding, "We have summers coming and Pakistan has realised post 5th August Kashmir has seen relative peace, nothing has happened, and a terrorist has been eliminated and Pakistan tried infiltration. Maybe there is COVID carrier, they could be, hopefully not, but it will be a possibility. Pakistan has to look inwards, fight COVID. It is Pakistan's interest to look after its people."

Former Chief of the Integrated Defence Staff, Satish Dua said "What was peculiar in the encounter is that when they were intercepted, the movement was detected, special forces landed and movement intercepted. In close contact battle, we lost 3 soldiers and 2 succumbed later. What I want to highlight, in these times, when the world is coming to fight the COVID crisis, India also offered help to Pakistan among other SAARC nations, to assist them in the fight against COVID, yet Pakistan continues to push in terrorist. May be Pakistan army has compulsion because this is the first summer after the revocation of article 370 but our counter-infiltration grid is robust and strong."

Several COVID positive cases in Pakistan have crossed 3750 with over 50 deaths even as reports have emerged over the difference in opinion between Pak Federal and Provincial admin concerning lockdown. Reports have also emerged of a number of COVID cases being shifted to Pakistan occupied Kashmir. This is in sharp contrast to what India has been doing, at global front calling a coordinate policy in SAARC and G20. India army has also led the national efforts, with quartine camps being set up in Manesar, Jaislamer, Jodhpur to sending teams of doctor to the Maldives for 14 days.