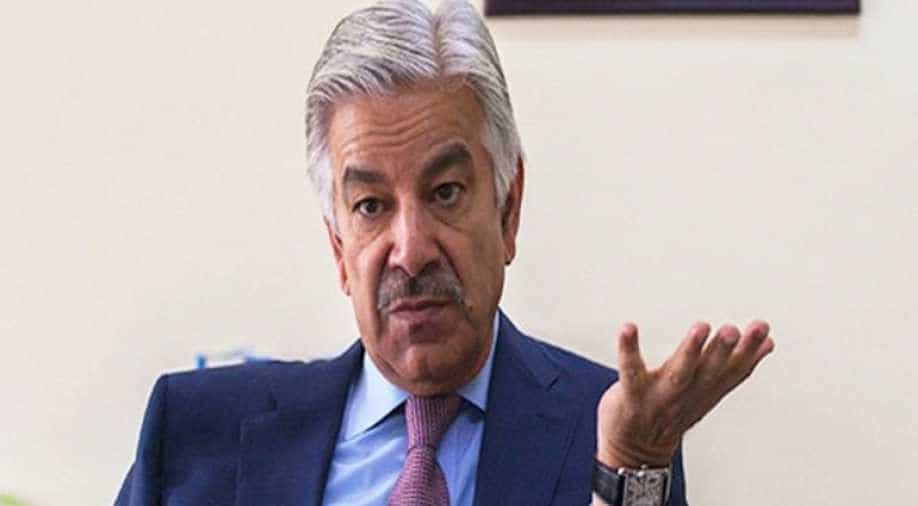 On April 10, an IHC larger bench had reserved its judgment in a matter where a Pakistan Tehreek-e-Insaf (PTI) leader Usman Dar sought disqualification of the federal minister on the basis of work permit, the Pakistani media reported.

The court announced its verdict on a petition stating that Asif did not mention his foreign employment in his nomination papers.

Last year, The Supreme Court of Pakistan disqualified Nawaz Sharif as Member National Assembly and the prime minister for concealing the salary he was supposed to draw as chairman of his son’s Dubai-based company, Capital FZE.

A three-member bench headed by Justice Minallah announced the verdict and ruled that Asif is not 'honest' and 'truthful' as per the Constitution.

The three bench members unanimously ruled that Asif has been disqualified as per Article 62 (1) (f) of the Constitution.

According to the Pakistan media reports, Asif has been hired as a full-time employee of IMECO since at least July 2, 2011, and has held various positions, including those of the legal adviser and special adviser, the petition states.

The contract signed between the foreign minister of Pakistan and the company claim that Asif was to receive a monthly basic salary of AED35,000 along with a monthly allowance of AED15,000.

He is receiving the same while serving as the foreign minister at the same time, it is alleged.