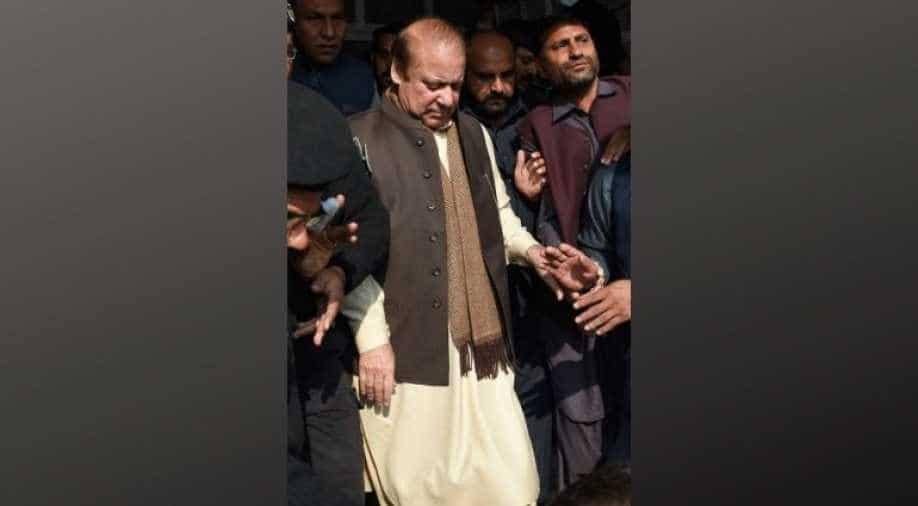 The Lahore High Court (LHC) has conditionally allowed personal physician of former Prime Minister of Pakistan Nawaz Sharif to visit the leader to conduct medical check-up in jail once in a week.

The family members of the former PM could also be present along with the doctor. The court has barred the physician from issuing any political statements outside the jail after visiting the PML-N supremo, reported The Express Tribune.

Nawaz`s daughter Maryam Nawaz had earlier filed a petition in the LHC seeking orders for authorities to allow her and Dr. Adnan to visit Nawaz in jail twice a week.

In her petition, Maryam had complained that in spite of her father having had informed the jail about his deteriorating health due to angina, they did not bother to cater to his medical needs.

During the hearing, the provincial law officer told the court that Nawaz has submitted no application seeking permission to be examined by his doctor.

He claimed that the former PM is being provided with maximum facilities. The law officer further said that the government does not object to Dr. Adnan meeting Nawaz, but is against the fact that the physician would start issuing statements after meeting Nawaz.

According to Maryam's statement in the court, 70-year-old Nawaz is suffering from multiple ailments, including hypertension as well as serious heart and kidney conditions.