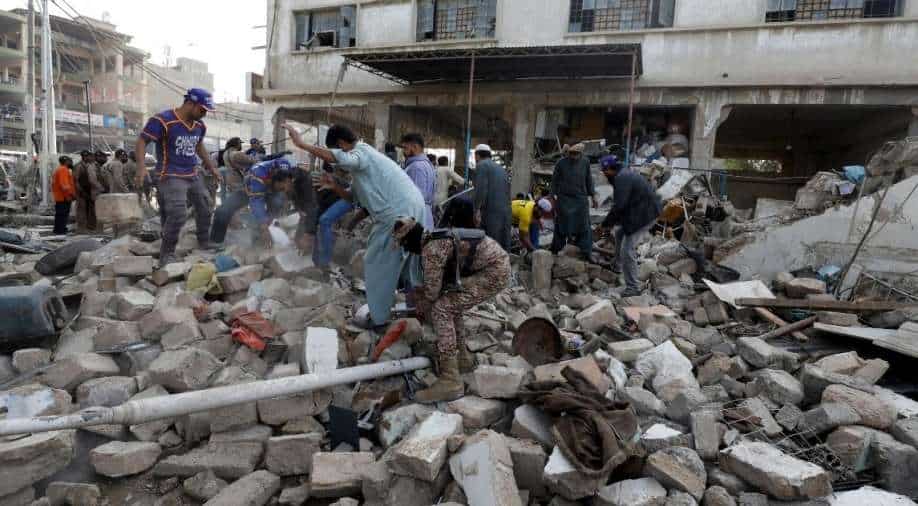 People and paramilitary personnel clear the rubble after a blast in an industrial area in Karachi. Photograph:( Reuters )

At least fourteen people were killed and several others were injured in a powerful gas explosion in Pakistan's Sindh province on Saturday (December 18) as reported by DAWN, citing a statement issued by Sindh Home Department Secretary Qazi Shahid Pervaiz. The blast took place near Karachi's Paracha Chowk in the Shershah area.

Explaining what exactly happened, police spokesman Sohail Jokhio said the blast was apparently caused when something ignited gas that had accumulated in the sewer beneath a private bank building.

The impact was such, that windows in the nearby buildings were shattered and a parked vehicle nearby was also badly damaged.

Jokhio also mentioned that experts have been summoned to investigate the incident as it is not yet clear what ignited the gas.

It is also understood that many sewage channels in the city have been covered, mostly illegally, by constructing concrete structures over them.