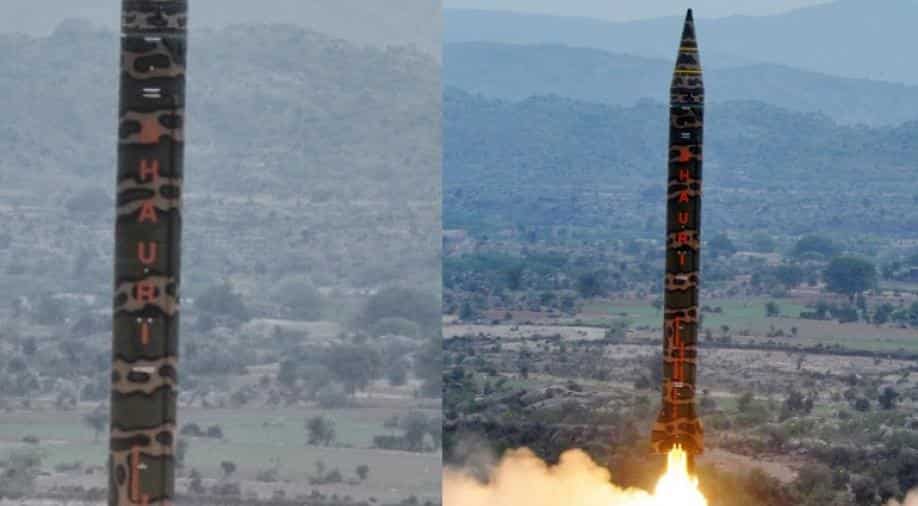 Pakistan on Monday successfully test-fired Ghauri ballistic missile which is capable of carrying both conventional and nuclear warheads up to a distance of 1,300 kilometres, bringing many Indian cities under its range.

"Ghauri Ballistic Missile can carry both conventional and nuclear warheads up to a distance of 1,300 kms," it said in a statement.

Senior officials and scientists of the Strategic Plans Division were present to witness the launch.

President Dr Arif Alvi and Prime Minister Imran Khan appreciated the scientists and engineers on the successful conduct of the missile test.

In April, Pakistan successfully test fired an enhanced version of the indigenously-built Babur cruise missile that can deliver conventional and non-conventional weapons with a range of 700 kilometres.

The 'Babur Weapon System-1 (B)' is a low-flying, terrain-hugging missile, which carries certain stealth features and is capable of carrying various types of warheads.

The missile incorporates advanced aerodynamics and avionics that can strike targets both at land and sea with high accuracy, the army claims.

Pakistan has other options if US continues to ignore its leadership: NSA