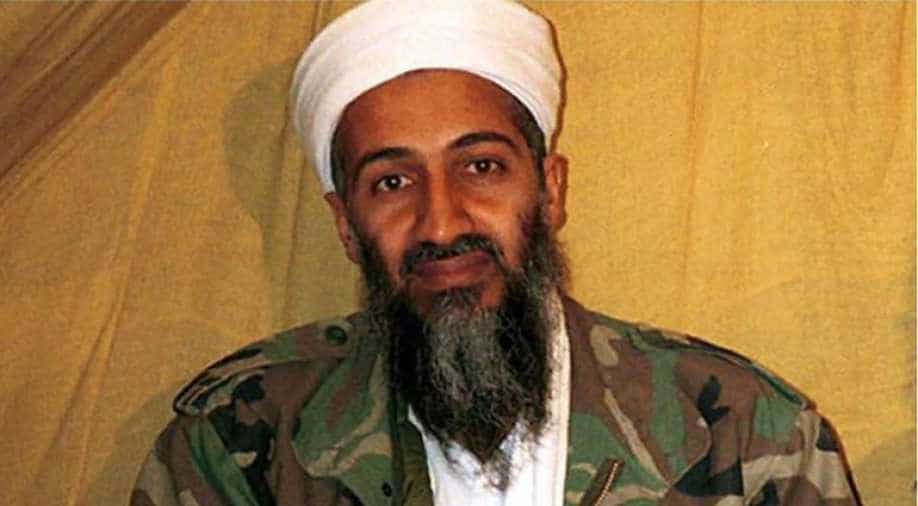 The US media on Wednesday cited American officials and announced the death of Osama bin Laden's son Hamza bin Laden.

The fifteenth child of Osama bin Laden's 20 children, Hamza provided a younger voice for the group whose ageing leaders have struggled to "inspire" terrorists around the world galvanised by Islamic State, according to analysts.

Here's taking a look at the life and times of Hamza's father Osama bin Laden.

Born in a prosperous family

He was the seventh of the 50 children born to Muhammad bin Laden and the only son born to his mother Alia Ghanem.

After her split with Mohammad Awad bin Laden, Osama's mother took him and lived with her new husband. Osama, therefore, spent most of his childhood with his step-siblings.

He attended the most prestigious school of Jedda, Al Thagher Model School. At 14, he emerged as an outstanding student in his school.

Due to his brilliant performance in studies, Osama was invited to join a small Islamic study group. He attended the Islamic group along with several other boys from imminent Jedda family.

According to reports, it was this place which first sowed the seeds of violent jihad in Osama. During this period Laden grew untrimmed beards and imitated Prophet's dress.

Osama who laid the plot for the deadly 9/11 attack on the World Trade Centre was once referred to as "Freedom Fighter" by the United States in 1989.

The event traces back to the Soviet Union's invasion in Afghanistan. Osama who believed it was his duty as a Muslim to help the country, moved to Afghanistan from Saudi Arabia and joined the Afghan forces in 1979.

He also trained mujahideen, a group of Islamic jihadists here.

After the Soviets withdrew from the country in 1989, Osama returned to Saudi Arabia as a hero and the United States referred to him as "Freedom Fighters".

Stripped off his citizenship

The once-celebrated Osama bin Laden was sent out of his country in 1992.

During the Persian Gulf War, Osama was provoked by the US occupation of Saudi Arabia and entered into conflict with the government charging them of corruption. He also publicly denounced the Saudi government's reliance on American troops. Eventually, he ended up going to an exile in Sudan in 1992.

By 1993, Osama bin Laden had formed a secret group called Al-Qaeda. The group comprising of militant Muslims aimed at taking up jihadist cause across the world.

Over the years Al-Qaeda organised several global attacks. Due to his continuous involvement in extremist jihadist, Saudi Arabia stripped off his citizenship in 1994 and also confiscated his passport. Osama was also disowned by his family.

Due to the rising war against humanity, Sudan also exiled him in 1996. Thereafter Osama took refuge in Afghanistan where he received aid and protection from country's militant group Taliban. After his engagement with the Taliban, Osama declared a holy war against the US.

Osama bin Laden led group conducted one of the most deadly attacks on the US on September 11, 2001. The attack claimed the lives of over thousands of civilians.

After the attack, Osama went into hiding for over 10 years. A decade after the attack, the then US President Barack Obama announced on May 2, 2011, about the killing of Osama in Pakistan's Abbottabad.