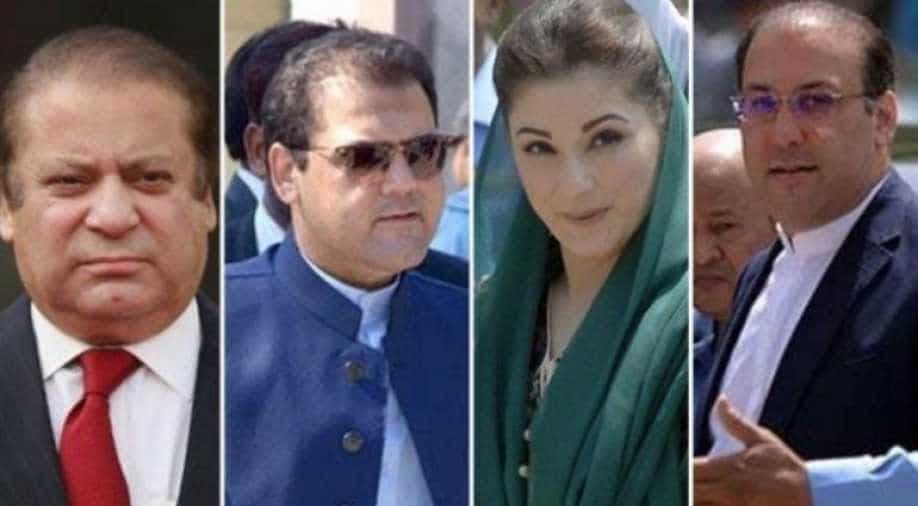 Prime Minister Imran Khan has been selling Sharif's indictment as one of the biggest achievements of his tenure.

A special court in Islamabad declared Nawaz Sharif an absconder in the treasury house reference case.

The court has taken the decision due to Sharif's prolonged absence from the proceedings. Sharif has been residing in London since November last year on the pretext of medical treatment.

The 70-year-old three-time premier, who was sentenced in a graft case by an accountability court, informed a court in Lahore that he is unable to return to the country as his doctors have told him not to go out due to the coronavirus pandemic.

Sharif was given bail in November last year after his physician claimed that the three-time prime minister is suffering from complex multi-vessel coronary artery disease and substantial ischemic and threatened myocardium for which he needs to undergo surgery.

Prime Minister Imran Khan has been selling Sharif's indictment as one of the biggest achievements of his tenure. He says he is cracking down on corrupt politicians. However, the opposition claims this is a witch hunt and has accused the government of persecution.

Sharif's daughter and heir apparent Maryam Nawaz, who is also the vice president of Pakistan Muslim League-Nawaz, was booked along with her husband Muhammad Safdar last week under terrorism charges for allegedly attacking law enforcers and hooliganism.

Safdar was also charged was jailed for one year in the ongoing anti-corruption case against Nawaz Sharif.

Sharif's brother Shehbaz has also been booked in two corruption cases. Shehbaz Sharif's son Hamza is named in one of these cases too.

The Sharif family says these lawsuits are politically motivated and was spearheaded by Imran Khan. As a result, they are retaliating in kind.

In June this year, Imran Khan received a court notice on a defamation case which was filed by Shehbaz Sharif three years ago.