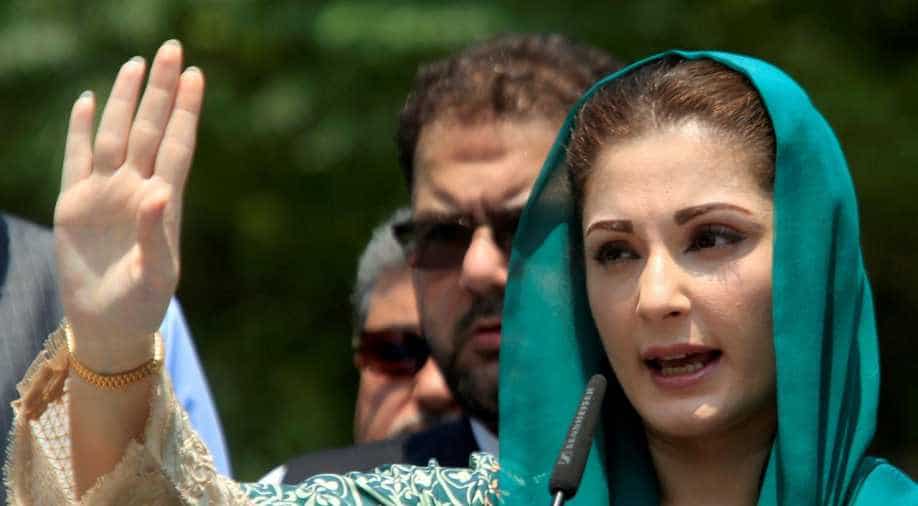 PML-N has protested inclusion of terrorism charges in the FIR, saying this has been done at the best of Prime Minister Imran Khan.

Pakistan Muslim League-Nawaz Vice President Maryam Nawaz and 300 workers of her party were booked on Friday under terrorism charges for allegedly attacking law enforcers and hooliganism.

Police included Section 7 of the Anti-Terrorism Act (ATA) 1997 in the FIR registered against the (PML-N) leaders and workers three weeks ago during their clash with police outside the office of national anti-graft body in Lahore where Maryam had come to appear in a land corruption case.

PML-N has protested inclusion of terrorism charges in the FIR, saying this has been done at the best of Prime Minister Imran Khan.

"Imran Khan gets unnerved seeing Maryam Nawaz active in politics. First the National Accountability Bureau (NAB) initiated a false land probe against Maryam at Imran's behest and now police booked her and other PML-N men under terrorism charges on the premier's order,? PML-N lawmaker Azma Bokhari told reporters in reaction to the police action.
Most of the PML-N leaders including Maryam's husband Capt (R) Safdar are on bail. Maryam however has yet to seek bail in this case.

Azma said the PML-N will challenge inclusion of terrorism charges in the court.

Violence had erupted outside the NAB office on August 11 in Lahore as heavy police contingents and workers of the PML-N confronted each other shortly after the arrival of Maryam there in a land acquisition case to record her statement.

Several PML-N workers, policemen and NAB officials had suffered injuries during the clash and 58 arrested who were later released on bail.

The PML-N had filed a complaint regarding registration of FIR against Prime Minister Imran Khan, NAB chairman Javed Iqbal, PM's adviser Shahzad Akbar and the Punjab government for -- making an attempt on the life of Maryam Nawaz -- by attacking on her car, but police refused to register it.

"Had I not been in a bullet-proof car there could have been a loss of life. There was an organised conspiracy behind calling me to the NAB office. They wanted to cause harm to me," Maryam had said.