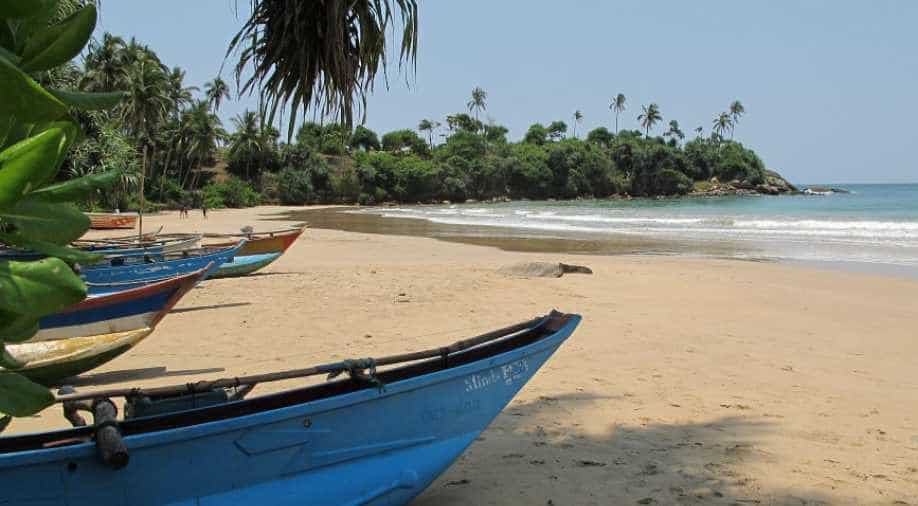 Sri Lanka does not allow visitors in revealing clothing -- including men in shorts -- to visit Buddhist temples and other religious sites, but beaches are generally more relaxed.

Sri Lanka on Wednesday promised to revoke a rogue bikini ban raising eyebrows at a popular seaside resort, as the authorities urged tourists to wear what they want at the beach.

The signs erected by local police at Habaraduwa Beach, about 130 kilometres (81 miles) south of the capital Colombo, depicted a pair of western women in bikinis crossed out with a red "X".

"According to Sri Lankan culture, please dress in an appropriate suit," it stated, declaring bikinis "improper".

A police official in Colombo said local law enforcers had not sought approval for the signs, which stirred controversy after going viral on social media.

Sri Lanka does not allow visitors in revealing clothing -- including men in shorts -- to visit Buddhist temples and other religious sites, but beaches are generally more relaxed.

Tourism authorities said visitors to the island's famed coastline had nothing to worry about, and steps were being taken to remove the signs.

Sri Lanka, a Buddhist-majority island popular with tourists, has criticised foreigners in the past for offending moral tastes.

Foreigners with clothing, tattoos or jewellery depicting the Buddha have seen tourists deported from the island for "hurting the sensibilities" of Sri Lankans.

Last month, three Sri Lankan men landed in hot water after exposing their bottoms near a Buddhist temple as part of a social media challenge and posting the images online.

They were tracked down and charged with offending Buddhist sentiments.