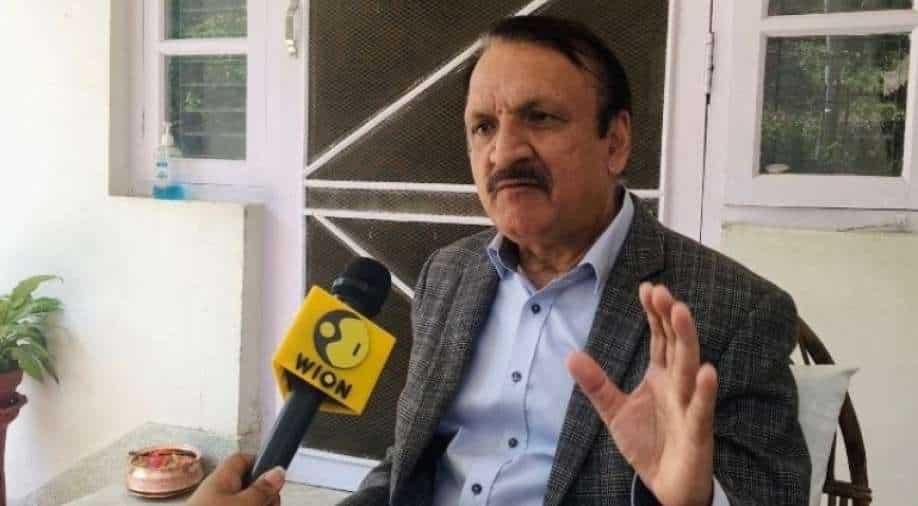 In this picture, Nepali Congress spokesperson Prakash Sharan Mahat can be seen in an interview with WION. Photograph:( WION )

In any bilateral corporation, Nepal is capable of deciding what is best for the country, said Spokesperson of the Nepali Congress party and Former Foreign Minister Prakash Sharan Mahat, asserting that the "decision should be respected by all sides".

Reportedly, China has strongly opposed the recent decision of the Nepal government ratifying the US government's Millennium Challenge Corporation (MCC). The northern neighbor of Nepal blamed the US for engaging in ‘coercive diplomacy’ in Nepal, claiming that the $500 million grant came with ‘political strings attached.

Speaking to WION, Mahat said, Nepal would like to see the bilateral decision made by the country be respected by all its allies.

“I have heard some statements made by the spokesperson of the Chinese Foreign Ministry. But as far as Nepal is concerned, we want to conduct our bilateral relations with each of our allies based on mutual benefits and principles. If there is a bilateral corporation between the US and Nepal, we are capable of deciding what is best for Nepal. The same thing will be done with China, India too. So, we would like to see that it is respected by all sides,” Mahat said when asked if the MCC ratification has made China uncomfortable.

He also confirmed the visit of the Chinese Foreign Minister Wang Yi to Nepal, it is assumed that the visit will take place in the last week of March.

There are speculations in Nepal of the sudden visit by the Chinese side as it is taking place after the MCC ratification, of which China has publicly and several times expressed its reservations.

However, spokesperson Mahat termed the visit a ‘coincidence’.

“This is just a coincidence of Foreign Minister of China coming to Nepal after the MCC ratification. We will discuss the relations between the two countries in terms of trade, development corporation. I am not exactly sure what they (China) have to say during the meet. As far as Nepal is concerned, it is basically about development corporation which is mutually beneficial to both countries. From our side, we will focus on national interest and necessities,” Mahat told WION on what will the focus of the visit.

While agreeing that Belt and Road Initiative (BRI) development works have stalled in Nepal, he said, “The BRI framework was signed during my time when I was the Foreign Minister of the country. We selected projects which are most beneficial to Nepal. We would also like to see terms and conditions of those projects are good for the country.”

Even though Nepal and China signed the Framework Agreement on the BRI in May 2017, four months before Nepal signed the MCC compact with the United States, there has not been any desirable progress.

Ahead of the MCC endorsement, leaders of the Chinese Communist Party (CPC) had held a series of video conferences with their Nepali counterparts, considered close to China — CPN-US chair Madhav Kumar Nepal and JSP chair Upendra Yadav.

As per sources, there was continuous pressure on leaders of Communist parties of Nepal to not support the MCC ratification.