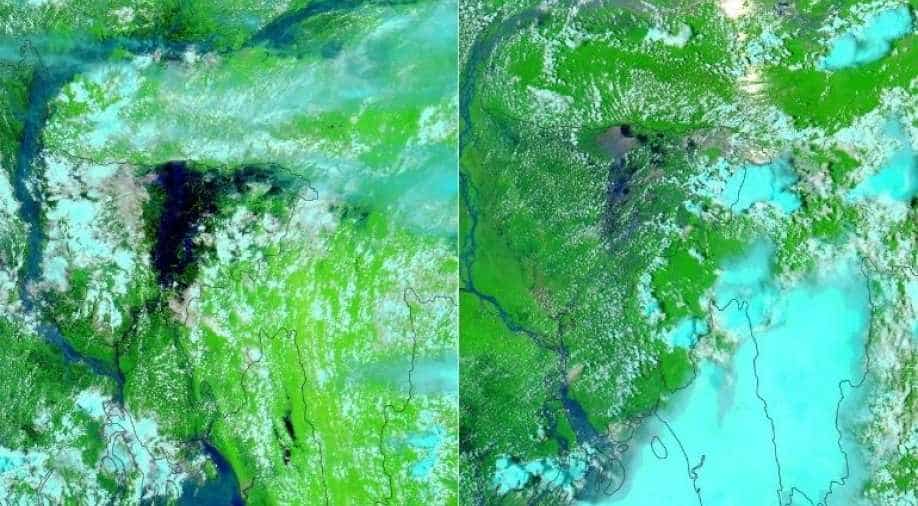 Images acquired by NASA show the scale of flooding, and were recorded over more than a month between June 2 and July 25

A quarter of Bangladesh alone is flooded. Northeastern parts of India too, that lie close to the neighbouring Bangladesh are also currently experiencing a lot of floods, especially Assam. China, too is reeling from major flooding near Wuhan, the original epicentre of the ongoing COVID-19 pandemic. Images acquired by NASA show the scale of flooding, and were recorded over more than a month between June 2 and July 25. The navy blue and black portion of the map depict the water inundation, while clouds are white. The greenery can be seen in on the images too. 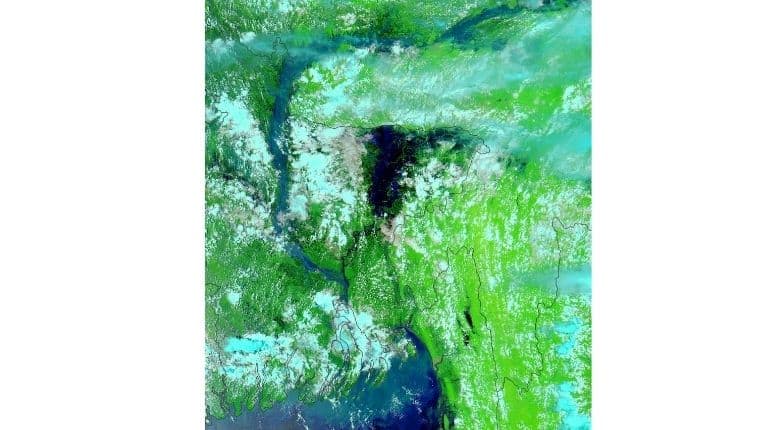 Monsoons in Bangladesh are intense, with over 80 per cent rain taking place during the season between June and October. Even though flooding is common during these month, this year’s water damage has been particularly devastating. It is the longest-lasting flooding in Bangladesh in 1988, and has been termed the worst flooding in a decade.

As per data from the flood monitoring agency of Bangladesh on July 31, the Jamuna River is experiencing water levels way above the dangerous level. As a direct result, over 1,500 square kilometres of farming land has been submerged, with over a million homes rendered unusable.

This has also cut off communication lines in the country, with roads leading to remote and rural areas facing heavy damage. 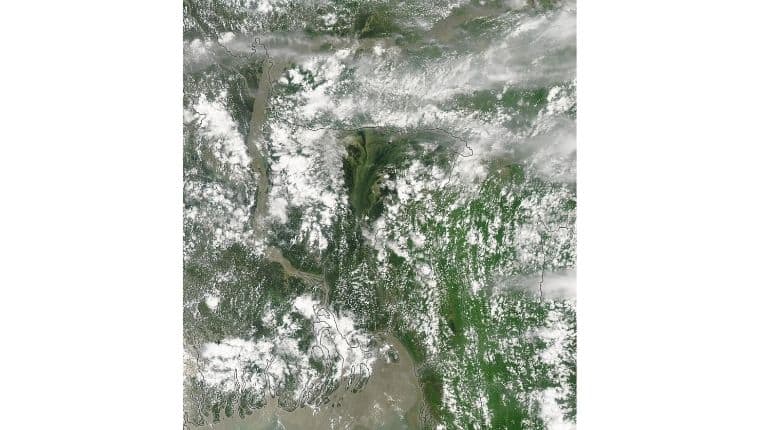 Even though the country has protective provisions for embankments and dykes, these have been rendered vulnerable owing to the yearly damage caused by monsoons.

With a recovery cycle of three to five years, the loss is typically more than the measures in place. Given the situation caused by coronavirus, rescue and relief measures have become really difficult. The region also faced Cyclone Amphan in May 20, which caused considerable damage.

As of July 28, at least 100 people had died in flood-related fatalities in Bangladesh, with over four million people being in the direct impact of the inundation.