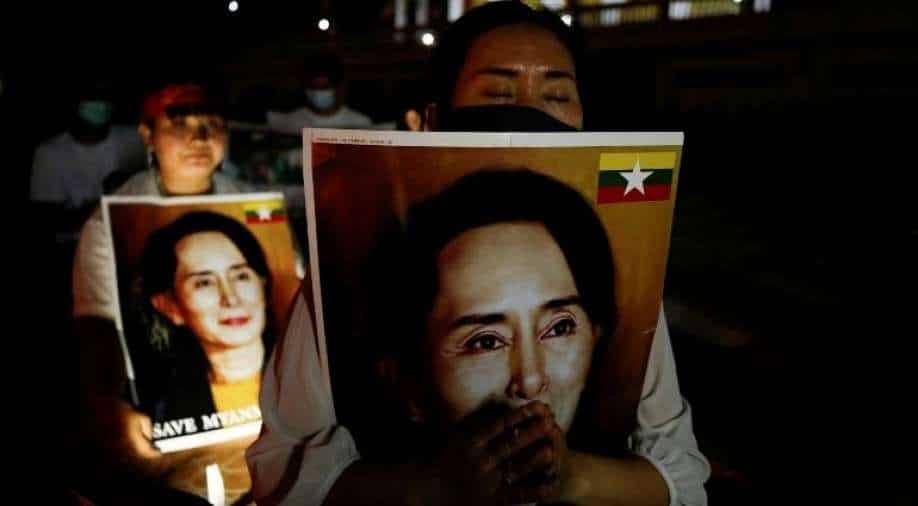 Myanmar's military rulers have branded a rival National Unity Government a terrorist group and blamed it for bombings, arson and killings, state-controlled media said on Saturday.

Bombings are reported daily and local militias have been formed to confront the army while anti-junta protests have not stopped across the Southeast Asian country and strikes by opponents of the coup have paralysed the economy.

The National Unity Government (NUG), which operates undercover and itself describes the army as a terrorist force, announced this week that it would set up a People's Defence Force.

"Their acts caused so much terrorism in many places," state television MRTV said, announcing that the NUG, a committee of ousted lawmakers known as the CRPH and the new force would all now be covered by the anti-terrorism law.

"There were bombs, fires, murder and threats to destroy the administrative mechanism of the government," the announcement said.

The anti-terrorism law bans not only membership of the groups, but also any contact with them. The junta had previously accused its opponents of treason.

Protesters marched against the junta in dozens of places on Saturday. At least 774 civilians have been killed by security forces and 3,778 are detained, according to the Assistance Association for Political Prisoners activist group.

The junta disputes those figures and says at least two dozen members of the security forces have been killed in protests.

Fighting has also flared on Myanmar's periphery with ethnic armies that have been fighting for decades and some of which have rallied behind the protesters. State television said the army had advanced against the Kachin Independence Army in northern Myanmar, but there was no independent confirmation.

In western Myanmar, the newly formed Chinland Defence Force said it had overrun an army camp. The army made no comment on the report.

Myanmar's army took power alleging fraud in a November election that was swept by the party of Suu Kyi, who fought for democracy for decades before tentative reforms began a decade ago. The electoral commission had rejected the army's complaints.