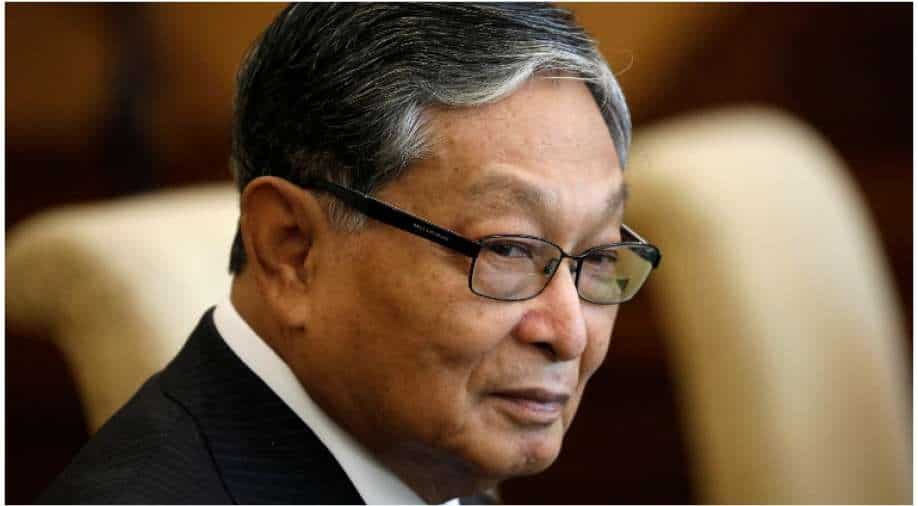 Protests in Myanmar have continued on sixth day on Thursday

Kyaw Tint Swe close aide to ousted Myanmar leader Aung San Suu Kyi was detained on Thursday, said a party official. Myanmar is witnessing fresh wave of arrests following the military coup on February 1. Kyi Toe, an information committee member of Suu Kyi's National League for Democracy (NLD), said Kyaw Tint Swe and four other people linked to the previous government had been taken from their homes overnight, and the top leadership of the former electoral commission had all been arrested.

NLD had won the November 2020 election by a landslide. Military claims that there was widespread fraud in the elections. Myanmar's electoral commission had rejected those claims.

Protesters gathered across the country for a sixth straight day on Thursday.

Hundreds of workers lined a road in the capital Naypyitaw in support of the civil disobedience movement, chanting anti-junta slogans and carrying placards supporting Suu Kyi.

In line with the creative ethos of recent demonstrations where some protesters have worn ball gowns and fancy dress, rallies in Yangon included men and boys dressed in short skirts. "We don't take off our skirt until we get democracy back," one sign read.

US President Joe Biden on Wednesday approved an executive order for sanctions on those who were responsible for the coup in Myanmar. He has demanded that Myanmar's generals give up power and civilian leaders be freed.

Washington would identify the first round of targets this week and was taking steps to prevent the generals in Myanmar, also known as Burma, having access to $1 billion in Myanmar government funds held in the United States.

"We're also going to impose strong exports controls. We're freezing U.S. assets that benefit the Burmese government while maintaining our support for health care, civil society groups, and other areas that benefit the people of Burma directly," Biden said at the White House.

Washington is likely to target coup leader Min Aung Hlaing and other top generals who are already under U.S. sanctions imposed in 2019 over abuses against Rohingya Muslims and other minorities.