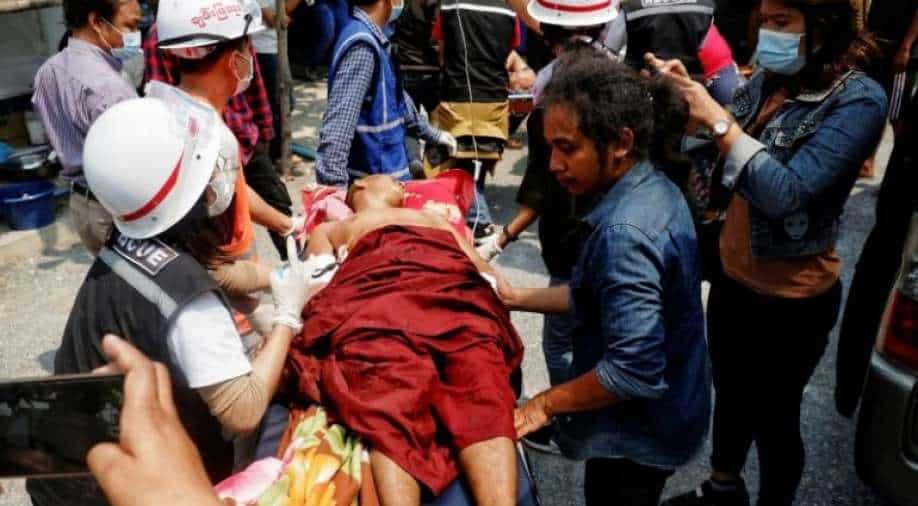 Witnesses told Reuters that the police opened fire on a sit-in protest in Mandalay, killing five and injuring several others

Security forces in Myanmar killed at least 12 people, local media reported on Sunday. Meanwhile, the acting leader of a civilian government on Saturday vowed to pursue a “revolution” to overturn the coup which took place in Myanmar on February 1.

Witnesses told Reuters that the police opened fire on a sit-in protest in Mandalay, killing five and injuring several others. In addition, a person was killed in Pyay, while two died during police firing in Yangon. Three others were killed overnight in the commercial hub, based on reports by local media.

"They are acting like they are in a war zone, with unarmed people," Mandalay-based activist Myat Thu told Reuters. According to reports, among the dead is a 13-year-old child.

Si Thu Tun claimed that a Buddhist monk was also shot. "One of them was hit in the pubic bone, another was shot to death terribly," he said.

Another witness from Pyay claimed that security forces purposely attempted to stop an ambulance from reaching the injured, which caused one death. The police also reportedly shot a truck driver in Chauk, a town situated in the central Magwe region.

MRTV, the Junta-run broadcaster labelled the protesters as “criminals”, but offering no explanation. According to the Assistance Association for Political Prisoners group, at least 70 people have been killed in the country after protests began.

Recently, leaders of the United States, Australia, Japan, and India vowed to work together to restore democracy in Myanmar. For the first time ever, the leader of the ousted civilian government addressed the public.

Mahn Win Khaing Than, the leader of the ruling National League for Democracy Party is currently hiding, along with other senior officials from the party. Than wrote on Facebook -  "This is the darkest moment of the nation and the moment that the dawn is close".