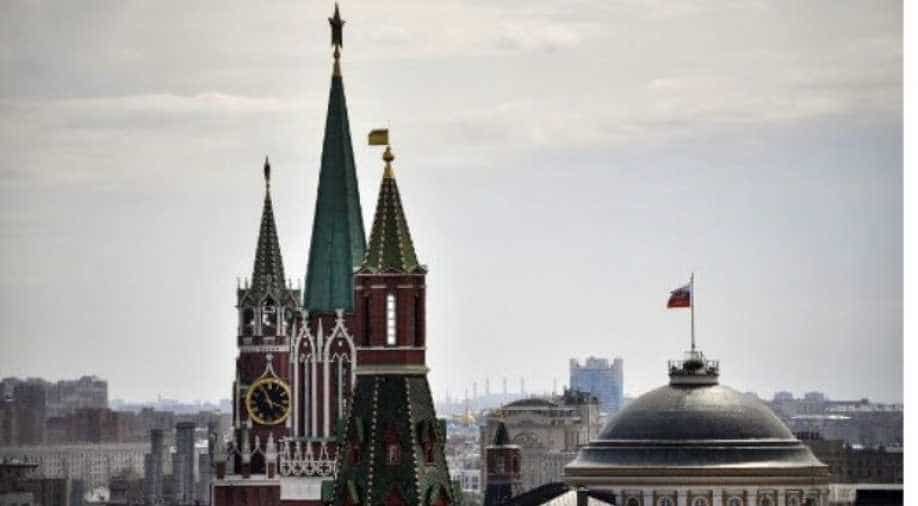 File photo: A view of the Kremlin in downtown Moscow. Photograph:( AFP )

A Taliban delegation held talks with Russian officials in Moscow after US negotiations with the Afghan insurgents collapsed, the Russian foreign ministry said Saturday.

No date for the talks was given.

"The Russian side stressed the need to relaunch negotiations between the United States and the Taliban movement," the spokesman said.

"For their part, the Taliban confirmed their willingness to pursue dialogue with Washington," he added.

Until a week ago expectation had steadily mounted of a US-Taliban deal that would see the US drawdown of troop levels in Afghanistan and the Taliban offer security guarantees to keep extremist groups out.

But last Saturday, Trump revealed he had cancelled an unprecedented meeting between the Taliban and himself in the United States and declared the talks with the militants "dead".

With more than 13,000 US troops still in Afghanistan, Trump has been eager to end America's longest war, launched 18 years ago after the September 11 attacks.

But fears are now growing of increased violence with presidential elections set for September 28 in Afghanistan.

The vote, the fourth since the fall of the Taliban in 2001, has already been delayed twice this year.

Government forces and Taliban have been engaged in heavy exchanges across the nation, with the militants vowing to continue fighting and make the US regret walking away from talks.

Russia has been trying to influence the peace negotiations and staged two meetings in Moscow with Afghan political leaders at the start of the year.