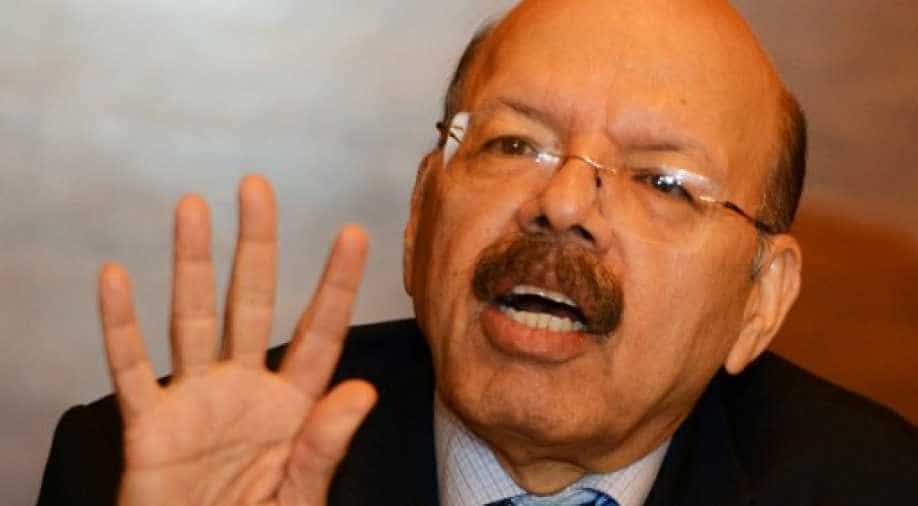 The EC has said that the Mulayam group, despite repeated opportunities given to it, did not file any affidavit from any member. Photograph:( AFP )

His failure to provide a matching response to Ram Gopal Yadav's meticulous paperwork submitted to the Election Commission of India seems to have cost Samajwadi leader Mulayam Singh Yadav dear with the poll-body today deciding that the group led by his son Akhilesh Yadav “is the Samajwadi Party and is entitled to use its name and its reserved symbol 'bicycle'" in the upcoming assembly polls in Uttar Pradesh.

The Election Commission's 42-page order on the father-son dispute makes for interesting reading. It lays down in great detail the entire sequence of events that played out in the Samajwadi symbol saga over the past few weeks.

While adjudicating on the case, the EC held that the "facts and circumstances of the present case are to a large extent similar to those in the case of the split in the Indian National Congress and, therefore, the Commission is perfectly justified in applying the same test of majority in the present case as well".

In his reply on January 9, Mulayam, on the other hand, “did not file any affidavit (except his own affidavit) of any member of Parliament or State Legislature or of any delegates; nor did he make claim of any support among the aforesaid category of members for his group, inspite of the fact that he had been specifically directed” by the EC to file “all such affidavits in support of his claim”.

Realizing the urgency of the matter in view of the fast approaching elections in Uttar Pradesh, where the first notification calling the general election for the first phase from 73 assembly constituencies is scheduled to be notified on 17th January, the EC then fixed an urgent hearing in the matter on January 13.

While sending the notice to both the groups on January 10, the Election Commission again specifically directed both the groups that if they have any further documents to submit, they should do so by 5.00 p.m on January 12, along with synopsis of the oral arguments that they may advance at the hearing.

“Again, Shri Mulayam Singh Yadav group did not file any affidavit of any members of Parliament or state legislature or of any delegates to claim any support among those members for his group. In all his replies, Shri Mulayam Singh Yadav only made the contention that there was no split in the party which needed determination under para 15 of the Symbols Order,” the EC order said today.

The EC order further states that the Mulayam camp “vaguely” stated that a “bare perusal of the said affidavits reveal that they contain the same contents in English so much so that the errors/mistakes which have crept in one has been carried in most of them”.

“For instance, in number of affidavits instead of word ''held" the word "help" has been printed and the same error has been carried in majority of affidavits. It appears that the deponents have been seemingly called upon to sign on dotted lines. Moreover, the most of such deponents are not versed with English language, the affidavits allegedly sworn by them are in English and it has not been mentioned that the contents were read over to them in vernacular,” the Mulayam camp argued.

The EC has said that except for these “vague allegations”, the Mulayam group--despite repeated opportunities given to it—neither filed any affidavit from any member nor indicated even the name of one member whose affidavit was considered by him to be suspect, or questioned the numbers claimed by Ram Gopal Yadav.

The substantive documentation made available by the Akhilesh Yadav camp—with senior Congress leader Kapil Sibal as its legal counsel—was enough to convince the EC that Akhilesh did enjoy “overwhelming majority support, both among the legislative and organizational wing of the party”.