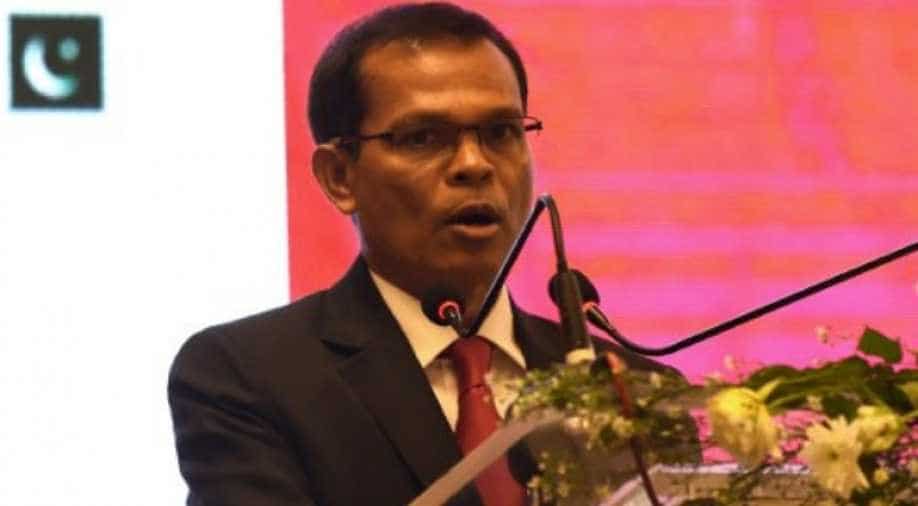 The Maldives opposition moved closer Wednesday to impeach the speaker of parliament, a staunch loyalist of outgoing strongman President Abdulla Yameen who was defeated in last month's election.

An alliance of opposition parties has collected signatures from 55 MPs, or roughly two-thirds of sitting lawmakers, for a petition to oust Abdulla Maseeh Mohamed.

The speaker has survived a number of impeachment motions since taking office in 2014 under Yameen, who ruled the Maldives with an iron-fist before losing to an opposition candidate on September 23.

Mohamed was one of Yameen's few remaining loyalists.

Parliamentary officials said the impeachment motion would be put to a vote on November 8, nine days before Yameen's term ends.

Yameen declared a state of emergency, suspended the constitution and ordered troops to storm parliament when Mohamed faced impeachment in February.

The president rounded up his opponents and jailed dissidents before lifting the emergency declaration 45 days later.

Yameen had challenged the election results in court, claiming the poll was rigged against him despite a threat of sanctions from abroad if he refused the will of the people.

But the Supreme Court rejected his petition at the weekend, upholding his landslide defeat to Ibrahim Mohamed Solih.

Yameen was elevated to power in a controversial run-off election in November 2013. He has crushed dissent and jailed or exiled virtually all his opposition.

The US and its allies have been concerned by growing Chinese influence in the strategically positioned Indian Ocean archipelago, especially under Yameen's authoritarian rule.'