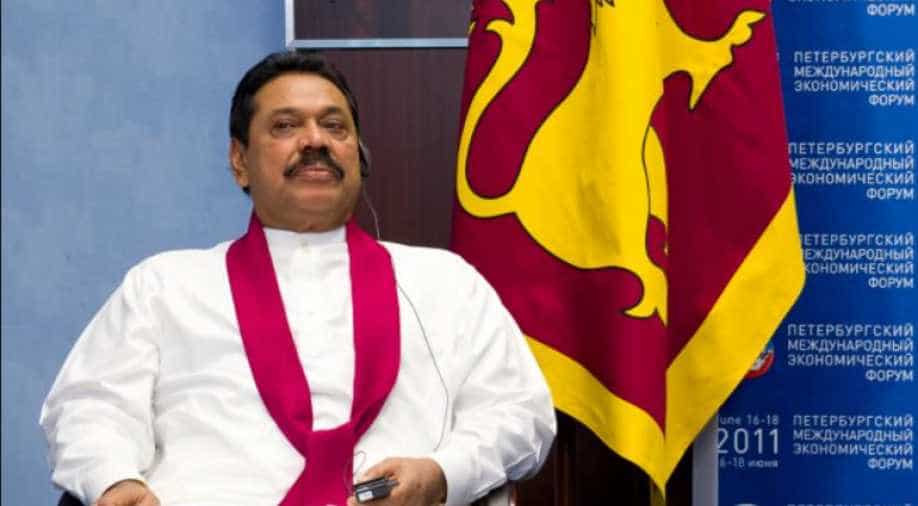 Rajapaksa assumed the duties in the prime minister's secretariat which was not used by the ousted prime minister Wickremesinghe, officials from his Sri Lanka People's Party (SLPP) said.

Sirisena on Friday night had sacked Wickremesinghe and appointed Rajapaksa as the new prime minister in a surprise move that is being debated as a constitutional coup.

Sirisena also suspended Parliament till November 16 after Wickremesinghe sought an emergency session to prove his majority.

At least a few Cabinet members will to be sworn in later, the party officials said.

"There will be ministers of finance, law and order, foreign and home affairs who would be sworn in," said a spokesman of the SLPP.

President Sirisena has summoned the Colombo-based diplomats for a briefing at 5 pm on Monday.

He is facing international pressure over his controversial decision to suspend Parliament. UN chief Antonio Guterres and and the US State Department have called on the country's government to respect democratic values and constitutional provisions and process.

Speaker Jayasuriya, who had written to Sirisena over the issue of not consulting him in suspending parliament, visited the influential Buddhist chief monks in the central town of Kandy to apprise them on the ongoing political crisis.

Jayasuriya told them that convening Parliament was the only way to resolve the crisis.

Wickremesinghe's United National Party (UNP) said that at least 128 MPs in the 225-member assembly have signed to call for an immediate reconvening of parliament.

Rajapaksa was defeated in the 2015 presidential election by Sirisea who had the backing of Wickremesinghe's UNP. After a unity government, the political relationship soured between the two, leading to Wickremesinghe's sacking by Sirisena.

The second largest opposition group in Parliament Janatha Vimukthi Peramuna (JVP) said they had asked the Speaker to convene parliament in order to end the political impasse.
Rajapaksa in his statement last night called for a snap parliamentary election to end the impasse.

The UNP said they rejected all personal allegations made by President Sirisena against Wickremesinghe.

The city of Colombo was put under tight security with president Sirisena's official residence area being sealed off for normal traffic.