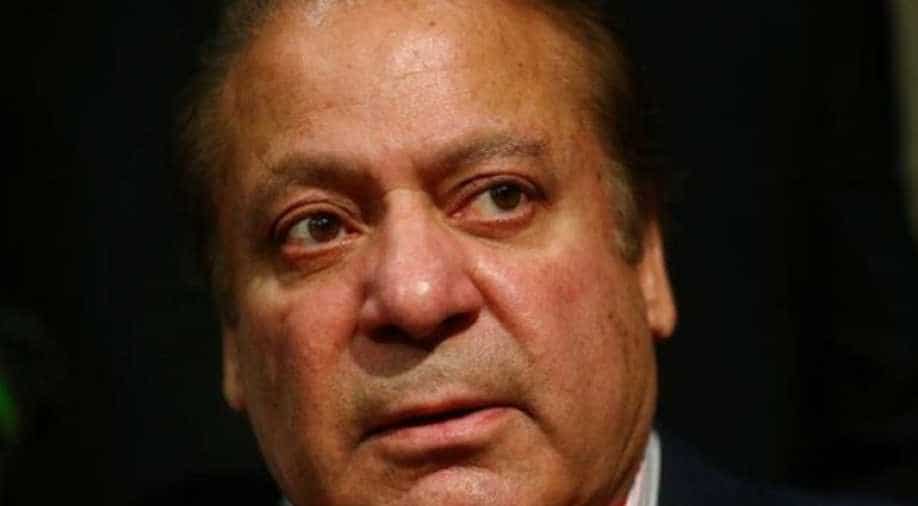 Nawaz is required to travel to London for treatment as his health deteriorated when he was serving seven-year imprisonment in a corruption case.

Rejecting the claims of Prime Minister Imran Khan-led government, the Lahore High Court on Friday admitted a plea seeking the removal of Nawaz Sharif`s name from the no-fly list unconditionally.

During the hearing, the government opposed the plea filed by PML-N president and Nawaz`s brother Shehbaz Sharif against the condition imposed by the government on Nawaz`s travel, Dunya News reported.

The bench asked if the former premier wanted to go abroad for medical treatment, Nawaz`s counsel said: "If the court permits."

The bench questioned whether the federal government had the mandate to set conditions for removing Nawaz`s name from the Exit Control List (ECL).

Justice Najafi inquired if Nawaz was placed on the ECL in 2018 with the recommendation of the NAB`s Lahore or Islamabad bureau.

Addressing a press conference alongside the PML-N`s top leadership on Thursday, its president Shehbaz Sharif accused the government of playing "dirty politics" on the former prime minister`s health, reported Dawn.

PML-N decision comes a day after Federal Minister for Law and Justice Farogh Naseem announced that Sharif will be given "one-time" permission to travel aboard for his medical treatment for a period of four weeks. The permission will be subject to the Sharif family submitting an indemnity bond "to the tune of Paksitani rupee 7-7.5 billion."

Nawaz was rushed to hospital from Kot Lakhpat jail last month after his personal physician Dr Adnan raised an alarm over his deteriorating health. Doctors have been struggling to bring his platelet count -- that had dropped to dangerous levels -- back to normal.

Sharif was expected to leave Pakistan on Sunday. However, his ticket had been canceled as the authorities did not remove his name from the ECL list.

The federal government and National Accountability Bureau were both hesitant to take off Nawaz Sharif`s name from the ECL, sources told Geo News.