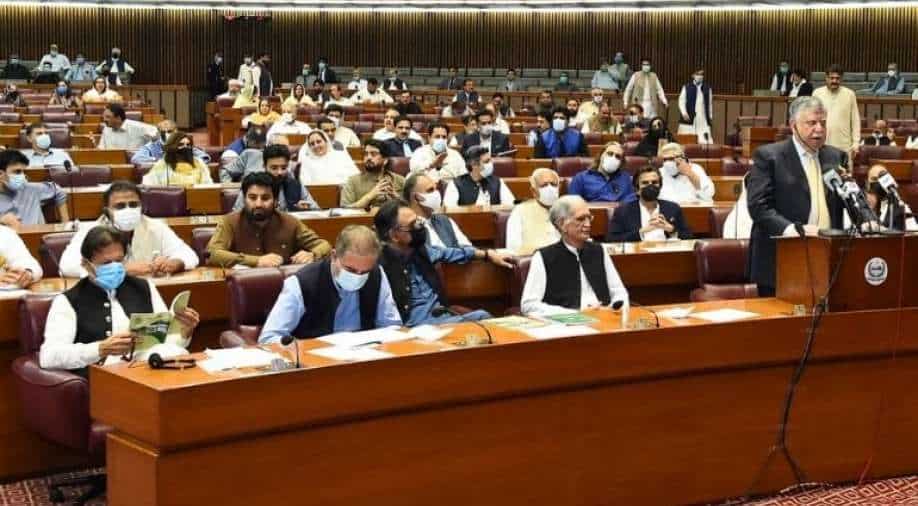 The Qaumi Watan Party (QWP) in Pakistan's Khyber Pakhtunkhwa province has slammed the Imran Khan-led federal government for slashing the share of the province's share in the developmental budget.

Speaking at a press conference at Peshawar Press Club on Tuesday, QWP provincial chairman Sikandar Hayat Khan Sherpao rejected the 10 per cent increase in the salary of government employees and pension as ad hoc relief in the federal budget and said that it should have been raised by 25 per cent, reported Dawn.

He also blamed the flawed economic policies of the Pakistan Tehreek-e-Insaf (PTI) government for making the lives of the poor miserable. "Per capita debt now stands at Rs 172,727, which speaks volumes about the poor performance of the rulers," he added.

Sherpao further said that the total debt of the country soared to Rs 38 trillion by the end of March 2021 and alleged that the Prime Minister used derogatory language against political rivals but he was unable to tolerate criticism.

"Imran had claimed to prefer suicide to seeking loans from the international money-lending institutions but now he has buried Pakistan under the IMF loans," he said and asked the premier to fulfil his promise.

The QWP leader alleged that the Khyber Pakhtunkhwa province was ignored in the federal budget as it did not have any mega uplift project for the poverty-stricken province. He predicted that the government would soon announce an increase in the price of petroleum products to ensure collection of petroleum levy up to Rs 610 billion, Dawn reported.

Adding on the 'sheer injustice' on part of the federal government, Sherpao also highlighted that other provinces were using the water share of Khyber Pakhtunkhwa but the PTI government failed to pay billions of rupees dues to the province.

Despite the much-hyped federal budget, several people have expressed dissatisfaction with the increase in the salaries of government employees.

"The budget is based on lies. It is a fake budget and the government will gut the people to complete its targets," he said.

Earlier, Finance Minister Shaukat Tarin was greeted by jeers from the Opposition benches, with members shouting slogans and taunting the finance minister by laughing loudly as he praised PM Imran Khan's economic initiatives while presenting the budget for the fiscal year 2021-22.