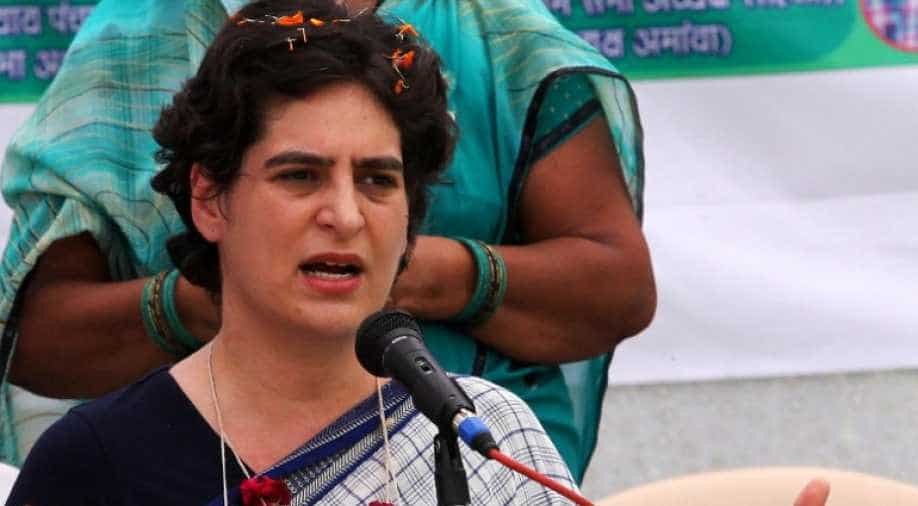 BJP Rajya Sabha MP Vinay Katiyar made a derogatory remark against Priyanka Gandhi Vadra saying "she is not the most beautiful star campaigner". Photograph:( AFP )

When asked about Priyanka being named as a star campaigner by Congress for Uttar Pradesh polls, Katiyar said, "It doesn`t matter if she is going to be a star campaigner for the Congress in the upcoming assembly elections. There are number of star campaigners who are more beautiful than her," Katiyar told ANI news agency.

The remark created a political storm with Congress quickly reacting to the comments, terming it as "petty and insulting culture of BJP that commodifies women".

Scoffing at Vinay Katiyar for his sexist remarks against her, Priyanka Gandhi reacted immediately, saying it "exposes the BJP's mindset towards the better half of the country's population".