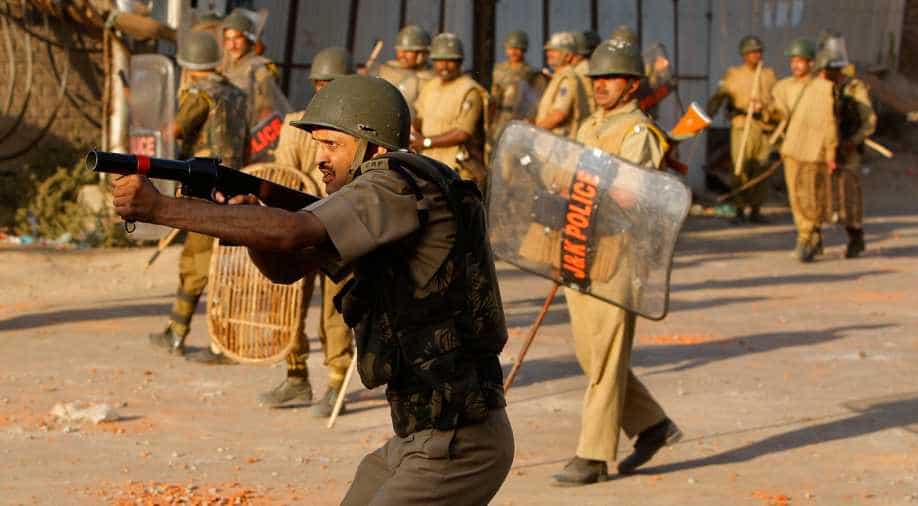 No militants were found. An army official said the operation was called off this morning. (representative image) Photograph:( Getty )

Security forces including the army launched a counter-insurgency operation in the Chancer area of Kulgam following information about the presence of ultras in the area, police officials said.

The officials said an employee of the fisheries department, Assadullah Kumar, was killed in firing that broke out minutes after the security forces cordoned off the area.

No militants were found. An army official said the operation was called off this morning.

He added the suspected militants might have escaped taking advantage of the darkness.

He was tight-lipped about Assadullah's death.

Meanwhile, local residents staged a protest against the Assadullah's killing and blocked the Srinagar-Jammu national highway at Vessu.