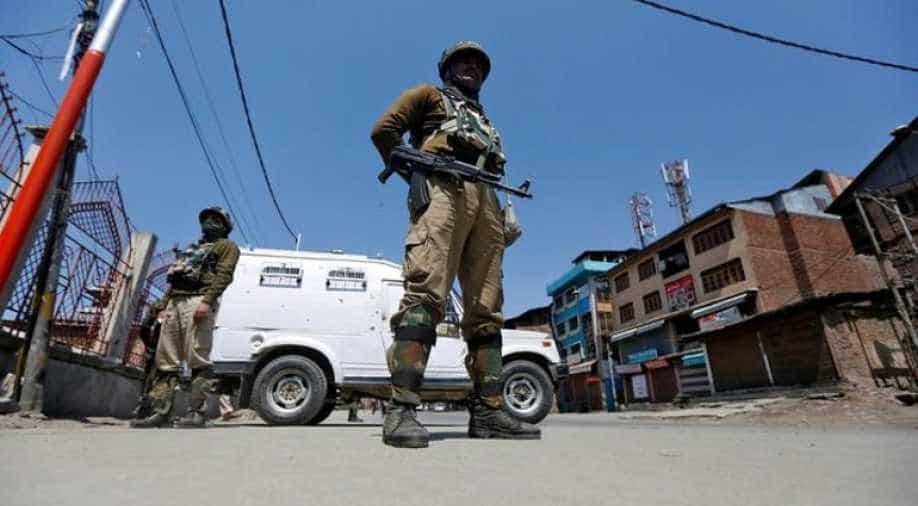 In wake of the prevailing tension in the Kashmir valley, the Election Commission of India (ECI) on Monday deferred the Anantnag by-polls till May 25. Photograph:( Reuters )

Abdullah won by a margin of over 10,700 votes, officials said.

This will be the third term as Lok Sabha member for Abdullah, whose victory is being seen as a major setback for the ruling PDP. He was earlier elected to the House of People in 1980 and 2009.

Although there were seven other candidates in the fray, it was NOTA ('none of the above' option) that bagged the second runner-up spot with over 930 voters choosing this option.

"These were the worst elections in history due to bloodshed. No doubt I have won but we have lost precious lives that's why we are not happy with this win," NDTV quoted Abdullah as saying.

Overall voter turnout of 7.13 per cent was recorded after the re-polling that went on in 38 polling stations of the Srinagar Lok Sabha seat on Thursday.

The by-polls of Srinagar Parliamentary constituency were held again after multiple incidents of violence resulting in the killing of seven civilians and injuring many on April 9.

Only 709 people voted when 38 polling stations went for re-election four days after the bloodshed.

National Conference workers did not celebrate the win of their party president as mark of respect to the eight youths killed in firing by security forces on April 9.

The bypoll to the seat was necessitated after the then PDP leader Tariq Hamid Karra resigned from the Lower House of Parliament in protest against the "atrocities" inflicted upon the people during the unrest triggered by killing of Hizbul Mujahideen militant Burhan Wani last year.

In wake of the prevailing tension in the Kashmir valley, the Election Commission of India (ECI) on Monday deferred the Anantnag by-polls till May 25. Earlier, it was scheduled to be held on April 12.