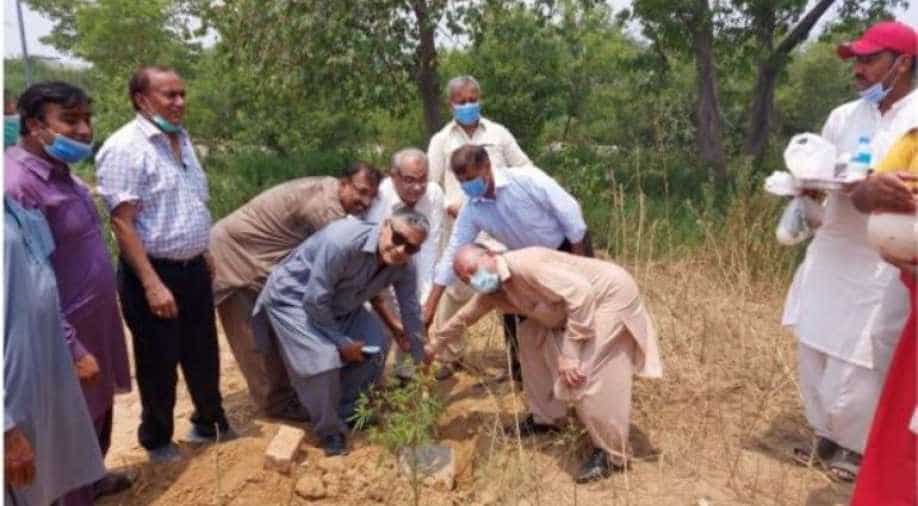 The Hindu community in the Pakistan capital will finally be getting a proper temple, allowing them to offer prayers, without having to travel out of this city anymore.  A crematorium,  the first in the city, will also so be constructed, reports said.

A simple groundbreaking ceremony was held in Islamabad`s H-9 sector area, allocating at least 4 Kanal land for the construction of the first proper Hindu temple of the capital.

Parliamentary Secretary on Human Rights Lal Chand Malhi, performed the ceremony. He said the Hindu population in the capital has been increasing considerably in the past two decades, making it important to make a temple for them to worship in.

"The Hindu community in Islamabad has been demanding a temple for a long time now. The population has also increased while many Hindu temple structures in the capital have been abandoned," he was quoted as saying.

"Besides, there is no crematorium in Islamabad," he noted.

The Islamabad Hindu Panchayat has named the temple in Islamabad as Shri Krishna Mandir, to be constructed in a covered area of at least 20,000 square feet in H-9/2. The Capital Development Authority (CDA) allotted the area in 2017 as per the orders of the National Commission for Human Rights.

However, delay in fulfilment of formalities like approval of site map by the CDA and other authorities extended the overall process.

As per details of the site map, the temple complex will also have a cremation sit, apart from the space for separate structures of other religious rites.

Lal Chand said that the step should be taken as symbolic in reference to the reports coming from India, where Muslims are being prevented from going to mosques, while the Imran Khan-led government of Pakistan is building the temple, which he said proves the accommodative policy of the country.

Religious Affairs Minister Pir Noorul Haq Qadri maintained that the government of Pakistan would be bearing the cost of the construction, which is estimated to at least PKR 100 million.

Qadri has also taken the matter up with the Prime Minister Imran Khan, to allocate a special grant for the temple for its construction and maintenance.

The construction approval of the Hindu temple in the capital comes at a time when Pakistan government has been criticizing the Modi-led government for oppressing the Indian Muslims, closing doors of mosques, allowing a Hindu temple to be made at the Babri Mosque site.