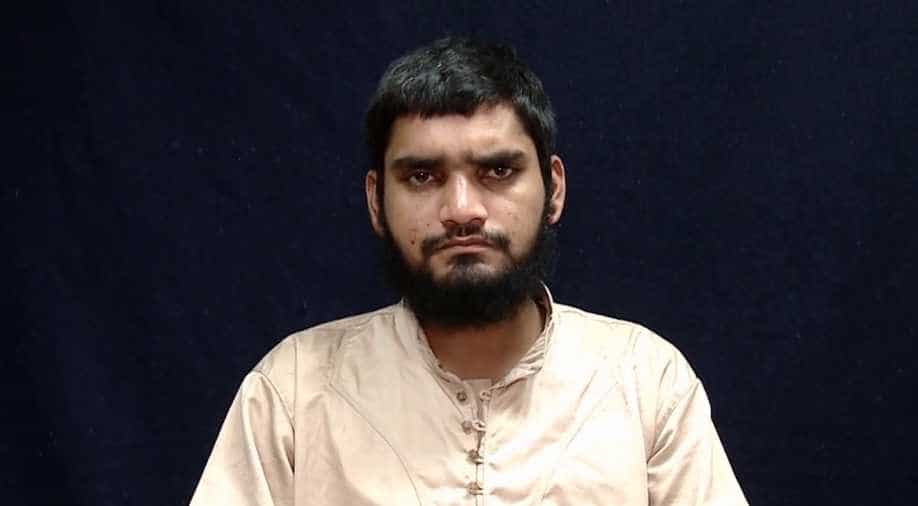 The NIA alleges that as part of LeT's plan, Ali, along with his two associates, Abu Saad and Abu Darda, all trained terrorists, infiltrated into Indian territory equipped with arms and ammunition, navigation equipment, combat material and other articles. They entered India with the aim of carrying out terrorist attacks in Jammu and Kashmir and at different places of the country including capital New Delhi, as per the given instructions to them by their LeT handlers in Pakistan and Pakistan-occupied-Kashmir (PoK).

Ali's accomplices were later killed in an encounter, the charge sheet states.

Ali, alias Saifullah Mansoor, was constantly in touch with Alfa-3 — the LeT control station based in Pakistan-occupied-Kashmir, the NIA alleges in the charge sheet.

The charge sheet states that a GPS device and a pocket diary recovered from Ali established his links with the LeT and contained the names of several towns in Kashmir as well as Delhi.  He was also allegedly instructed by the LeT to mix with the stone-pelting agitators and throw grenades at the Indian security forces after the death of militant Burhan Wani in July.

"The data retrieved from the GPS device The pocket diary recovered from Ali, among other contained coordinates of the Mandakuli 'launching pad' of LeT. The pocket diary contains the name of several towns in Jammu and Kashmir (J&K), like Rafiabad, Kunzar, Tangmarg, Budgam, Poonch, Jammu and Udhampur, besides Delhi. Given the fact that Ali is a trained cadre of LeT, the inclusion of the names of these towns or cities in the diary indicates that he was tasked to carry outterror attacks at several places, including in Delhi," the charge sheet states.

It added that Ali, a school dropout and a resident of a village near Pakista's Lahore, was provided with a map depicting parts of J&K and Pakistan-occupied-Kashmir (PoK).

He was provided with grid references (GRs) that had been recovered from his possession. Ali plotted these GRs on the map sheet which was sent for examination to the Surveyor General of India at Dehradun which affirmed that the terrorist had plotted them correctly, the charge sheet alleges.

"This clearly establishes that Ali is well conversant with the use of the map sheet and that he has received training in the subject."

The charge sheet was filed before a district judge, Amar Nath, in capital New Delhi. The NIA had registered a case against Ali, who was arrested on July 24 last year from Yahama village in North Kashmir's border with Pakistan.

It states that a thorough probe found that LeT has set up a well-organised machinery for the recruitment of vulnerable young men from different provinces of Pakistan as part of a conspiracy to wage war against India by committing terrorist acts in various parts of the country.

"Once recruited, these impressionable young men are put through various training regimes with the twin objectives of radicalising their worldview and providing them with 'military' skills. Subsequent to their training, these trained cadres of LeT are illegally pushed into Indian Territory where they commit terrorist acts with the help of a network of their supporters and facilitators," the charge sheet said.