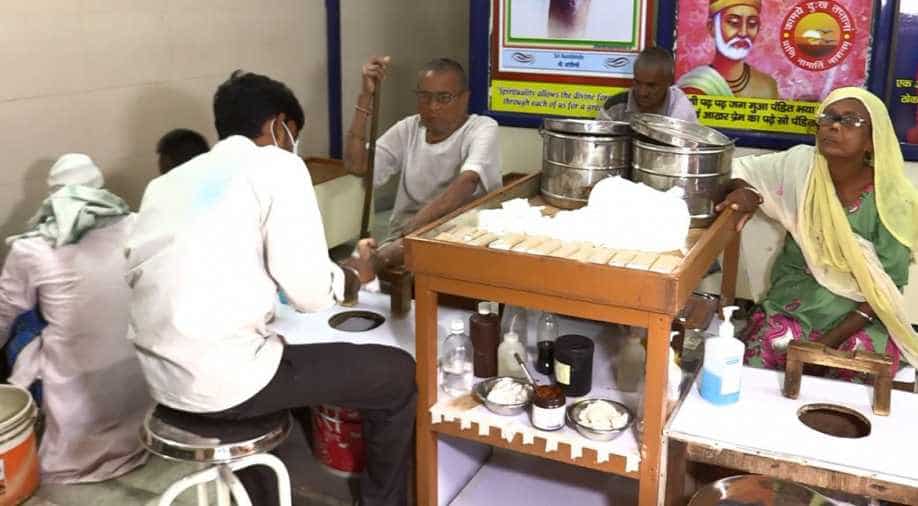 The fight against leprosy is not just limited to providing adequate medical support. What is needed first is a change in attitudes. Leprosy is curable, but the age old stigma and discrimination so tightly bound to the disease has not been cured. ? Photograph:( WION )

Ram Babu is one among thousands of others in India who are spending their lives in misery because of leprosy. He lives in the largest leprosy colony in India with his four children and wife who have also suffered from leprosy in the past.

Like many others who live in this colony in Delhi, both Ram Babu and his wife are cured, but due to the physical deformity their lives, they say, can never be normal.

"We earn our bread by begging. We face a lot of problems. We have to sleep under the open sky. Life has been no less than hell. No one is there to help us. There is no end to our problems." he said.

India declared elimination of leprosy at a national level in 2005 but the country’s fight against the disease seems to be far from over.

India is home to more than half of the leprosy patients around the world. According to the World Health Organization, over 127,000 new cases were detected in the country in 2015. That's nearly 60% of the total new cases reported around the world.

New case detection trends (WHO) (Others)

The fight against leprosy is not just limited to providing adequate medical support. What is needed first is a change in attitudes. Leprosy is curable, but the age old stigma and discrimination so tightly bound to the disease has not been cured.

People in parts of India still believe that leprosy is a curse by god for the  sins of past lives and ostracise those who suffer from it. The social stigma and the fear of discrimination makes leprosy patients hesitant to seek treatment before it's too late.

"The main problem about leprosy is the stigma that is attached to the disease. People seem to think  that they will lose their dignity and standing in society if their disease is diagnosed and is known to others. So they hide it. Many people do not want to be found because of the stigma attached to the disease." says Dr.Jerry Joshua, head of the healthcare programmes of The Leprosy Mission Trust India,

Chittar Lal Varman is another leprosy survivor suffering, since the day he was labeled as a “leper”. He had to leave his hometown when he was diagnosed with leprosy. He came forward for treatment years ago thinking that once he is cured, the way he had been treated will eventually change.

"I got it treated. After treatment leprosy was cured. When I returned home I was treated even more badly because of the physical deformity visible in my hands and legs." he said.

According to India’s Ministry of Health and Family Welfare, cases of permanent disabilities due to leprosy have been on the rise over the past decade.

India: Disabilities due to leprosy (WION)

After a long battle the first big victory for legal activists came in May this year when the 1898 Lepers Act of India, brought in during the British rule, was repealed. But there are many other laws that have been framed on the basis of this act and those still remain.

Nikita Sarah, head of advocacy and communication of The Leprosy Mission Trust India said efforts are needed to make these necessary legal changes.

The law Commission of India in 2005 proposed a draft bill for eliminating discrimination against persons affected by leprosy. The bill seeks to repeal discriminatory provisions in all existing laws.

While activists are hoping that the Indian government will take it forward, many people affected by leprosy like Ram Babu has been waiting for a better day.