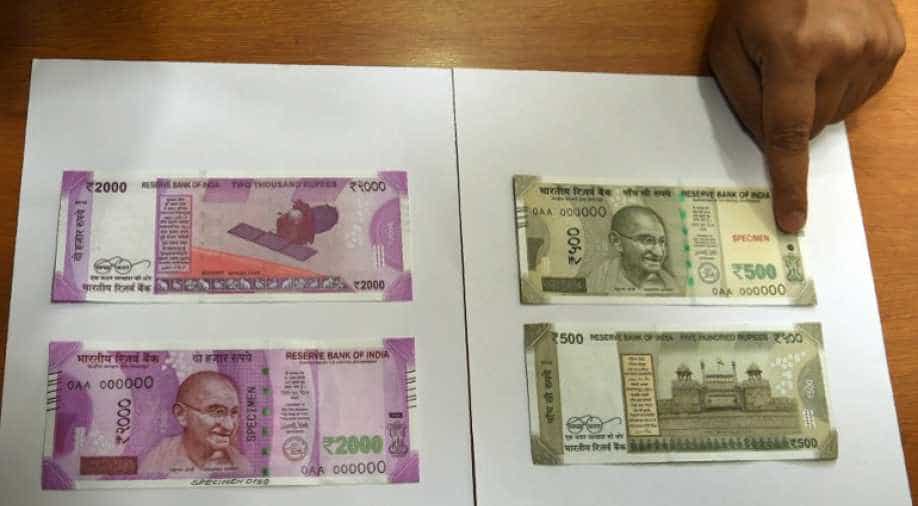 Goyal further said that the people of the country brought the BJP-led NDA to power in 2014 after imposing their trust on Narendra Modi. Photograph:( AFP )

Defending the ruling government's decision on demonetisation, minister of state for power, coal, new and renewable energy and mines Piyush Goyal on Wednesday said that this move has honoured the honest while troubled the dishonest.

"The entire nation is welcoming this step of the government. When the Prime Minister was elected, he was elected on a mandate to curb corruption and black money. For the first time, the honest have been honoured and the dishonest have been troubled. There is no obstruction on the money earned by honest means. This is no curb on anyone`s honest income. This move attacks those who have illicit cash," Goyal said in the Rajya Sabha.

"We never referred to this move as a surgical strike. If Anand Sharma ji calls it that then we consider it an endorsement of demonetisation. I appeal to the people, please be assured your honest income is not in any danger. You have till 30th December to exchange or deposit old notes, please don`t panic," he added.

Goyal further said that the people of the country brought the BJP-led NDA to power in 2014 after imposing their trust on Narendra Modi.

Asserting that demonetisation is an important decision which warned the black money hoarders that there is no room for black money in the economy, Goyal said the honest can go and deposit their money without fear in the banks.

"Slowly and steadily the queues at the banks have been decreasing and the people are willing to face the difficulty for few days, as the decision stands in favour of the nation. Also with the new Rs. 500 and Rs. 2,000 notes in banks, the people are happy," he added.

Goyal further said that the Reserve Bank of India (RBI) runs the monetary policy, adding this decision was taken after consultation with the central bank.

Lashing out at the government, Congress leader Anand Sharma earlier during the discussion said that an atmosphere has been created by the BJP-led NDA regime wherein questioning the government has become the parameter to decide one`s nationalism.

Sharma said, "I condemn the PM's statement in Goa for mocking the people, who are standing in queues. He must apologise." Continuing his outburst against the government, Sharma alleged that the ruling dispensation has brought "financial anarchy" with its move to demonetise high value currency notes.

Sharma said the whole world got the impression that India`s economy runs on black money.

Lashing out at Prime Minister Narendra Modi's comment that the currency ban would help fight black money and draw out undeclared wealth, Sharma said, "Everyone has become a surgeon, everything is becoming a surgical strike."