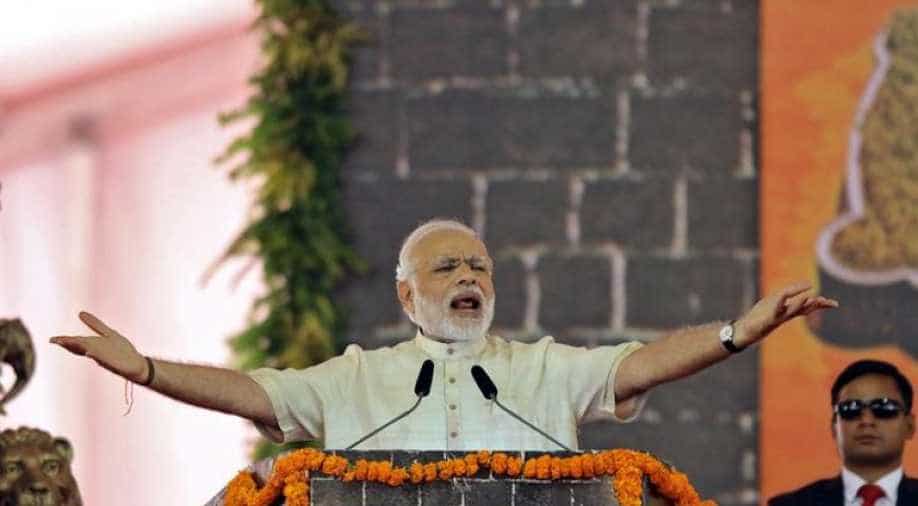 Modi's self-imposed 50-day deadline comes to an end this Friday on December 30. He had asked the public for 50 days to fix the fallouts of demonetisation. Photograph:( Reuters )

Sources said the Prime Minister, who has come under sharp criticism post the November 8 demonetisation drive, is likely to put forth his views in this regard before the nation.

On November 8, Modi had said, 'The magnitude of cash in circulation is directly linked to the level of corruption'

Prime Minister Modi had earlier urged the nation to give him 50 days post the demonetisation decision to get things back on track.

After demonetisation, the government has taken a number of steps to ensure that no hardship is faced by tourists and the industry is not affected.

The Archaeological Survey of India (ASI) smoothly transitioned to cashless mode of payment by simplifying process of e - tickets.

The government`s efforts have paid dividend as there has been a notable growth in the comparative figures of Foreign Tourists Arrival (FTA), Foreign Exchange Earnings (FEEs) and online sale of e - tickets after demonetisation.

In a television address to the nation on November 8, Prime Minister Modi said, "The magnitude of cash in circulation is directly linked to the level of corruption."

Inflation becomes worse through the deployment of cash earned in corrupt ways.

"He said to break the grip of corruption and black money, the government has decided that from midnight Rs. 500 and Rs. 1,000 currency notes will cease to be legal tender."

The Rs. 500 and Rs. 1,000 notes hoarded by anti-national and anti-social elements will become just worthless pieces of paper," he added.

Till date, the government has made several changes to the norms.

After reports on crop sowing taking a hit due to no availability of cash, the government allowed farmers to buy seeds with old Rs. 500 currency notes.

A November 17 announcement allowed the farmers to withdraw up to Rs. 25,000 per week from their KYC-compliant account.

Following reports on abuse of Jan Dhan accounts, the Reserve Bank of India (RBI) capped the withdrawal limit to Rs. 10,000 per month.

On November 17, the government made more modifications to the existing rules.

Families could now withdraw up to Rs. 2.5 lakh for weddings.

The traders in agricultural mandis were permitted to draw up to Rs. 50,000 in cash per week to pay for sundry expenses like wages.

Also, government employees up to Group C could draw Rs. 10,000 salary in advance in cash.

The demonetisation decision has also taken a toll on the common man, with reports of some dying while standing in queues to collect money.

In between all this, Prime Minister Modi has continued to address the nation at various public gatherings and his `Mann ki Baat` radio programme.

Making an emotional appeal at an event in Goa on November 13, Prime Minister Modi asked the "honest" people of the country to bear the hardships for another 50 days.

"The common man will be trouble free if they are made aware of the digital financial transaction options," he said asking the youth to lead the change.

The opposition cornered the government in the Winter Session of Parliament over the inconvenience faced by the nation post demonetisation.