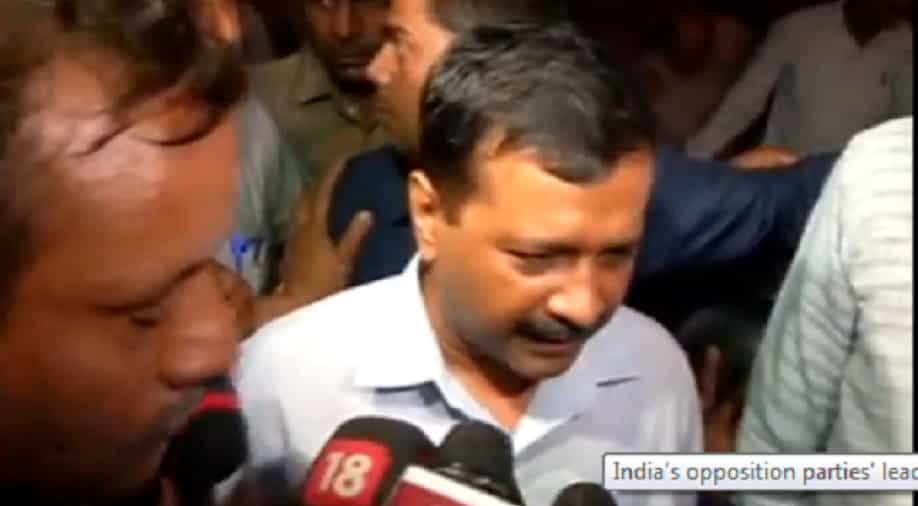 Delhi chief minister talks to reporters after he was detained and prevented from meeting the deceased's relatives on Wednesday. Photograph:(Reuters)
Follow Us

The last rites of ex-Indian Army soldier, Ram Kishan Grewal, who committed suicide over the One Rank One Pension (OROP) issue on Wednesday, were performed today in his native village in Bhiwani city of northern Haryana state.

Delhi chief minister Arvind Kejriwal, who was also present during the ceremony, announced Rs 1 crore (USD 160, 000) for the deceased's family.

#FLASH Rs.1 crore to be granted to the kin of #RamkishanGrewal by Delhi Government.

Grewal's suicide triggered a political row yesterday as Rahul Gandhi and Kejriwal, along with other senior political leaders, were detained in the the capital of India, Delhi, when they tried to meet Grewal's family.