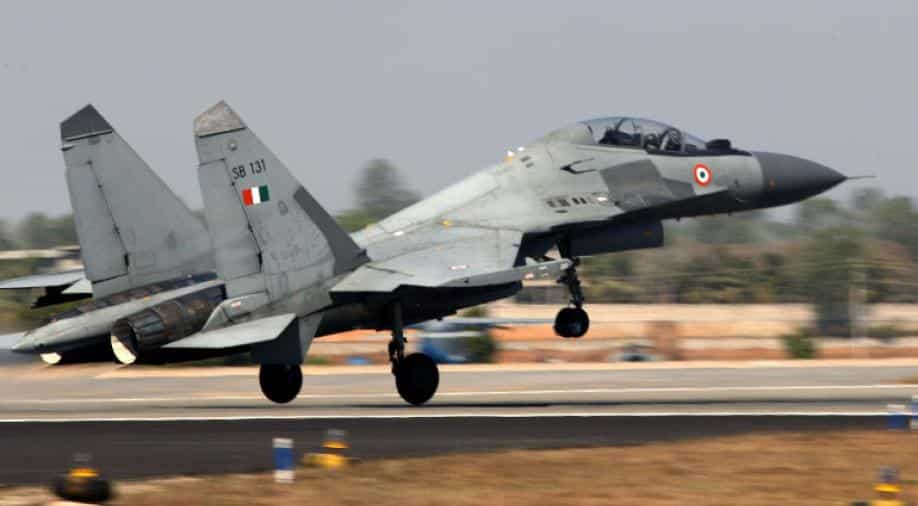 The Indian Air Force chief also talked about the need for the IAF to remain conscious about the new technological advancements in war fighting machinery. Photograph:( Others )

Indian Air Force Chief BS Dhanoa has written a personal letter to officers of the force, asking them to be prepared for operations at a "very short notice" to effectively deal with security challenges, including sub- conventional threat, to the country.

In a letter dated March 30, the IAF chief also touched upon a range of issues relating to service matters and asked the officers to be morally upright and mindful of their professional conduct so that image of the force is not tarnished

Talking about various security challenges confronting the country, Dhanoa, in an apparent reference to Pakistan backing terror groups targeting India, spoke about persistent "sub- conventional threat", asserting the force should be prepared for operations at a "very short notice"

"It was a personal letter the IAF chief wrote to the officers covering a wide range of issues that he felt were important," a senior IAF official said

In the letter, written three months after he took charge as IAF chief, Dhanoa also stressed on the need to mould IAF's training programme considering the evolving security scenario

Dhanoa also talked about the need for the IAF to remain ready for operations with its "present holdings", seen as an reference to IAF's depleted strength of 33 squadrons of fighter aircraft instead of sanctioned strength of 42 squadrons

In the letter, he also talked about the need for the IAF to remain conscious about the new technological advancements in war fighting machinery as well as strength of India's adversaries

He also touched upon cases of alleged "favouritism" and "sexual harassment" in the IAF, stressing on the need to maintain high standards of morality and fairness

Dhanoa said image of IAF must not be allowed to affect at any cost.